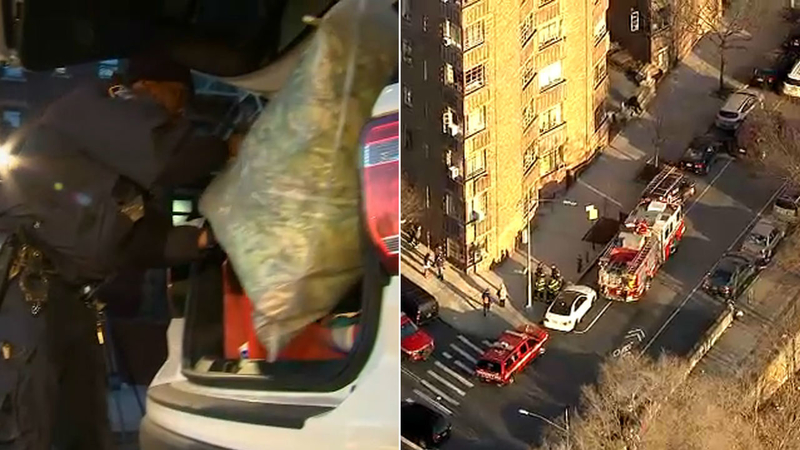 The discovery was made at an apartment building on Jacobus Place just before 1 p.m.

Firefighters initially responded to reports of high gas levels in the building and traced the high levels to two apartments on the fifth floor.

As a precaution, the fourth and fifth floors of the building were temporarily evacuated until the levels could subside.

No one was in the two apartments at the time. Police are pulling records to determine the identity of the renter.

Multiple plants and equipment were confiscated by police.

The suspected grow house is located less than a mile away from where FDNY Battalion Chief Michael Fahy was killed two years ago in a marijuana grow house explosion.