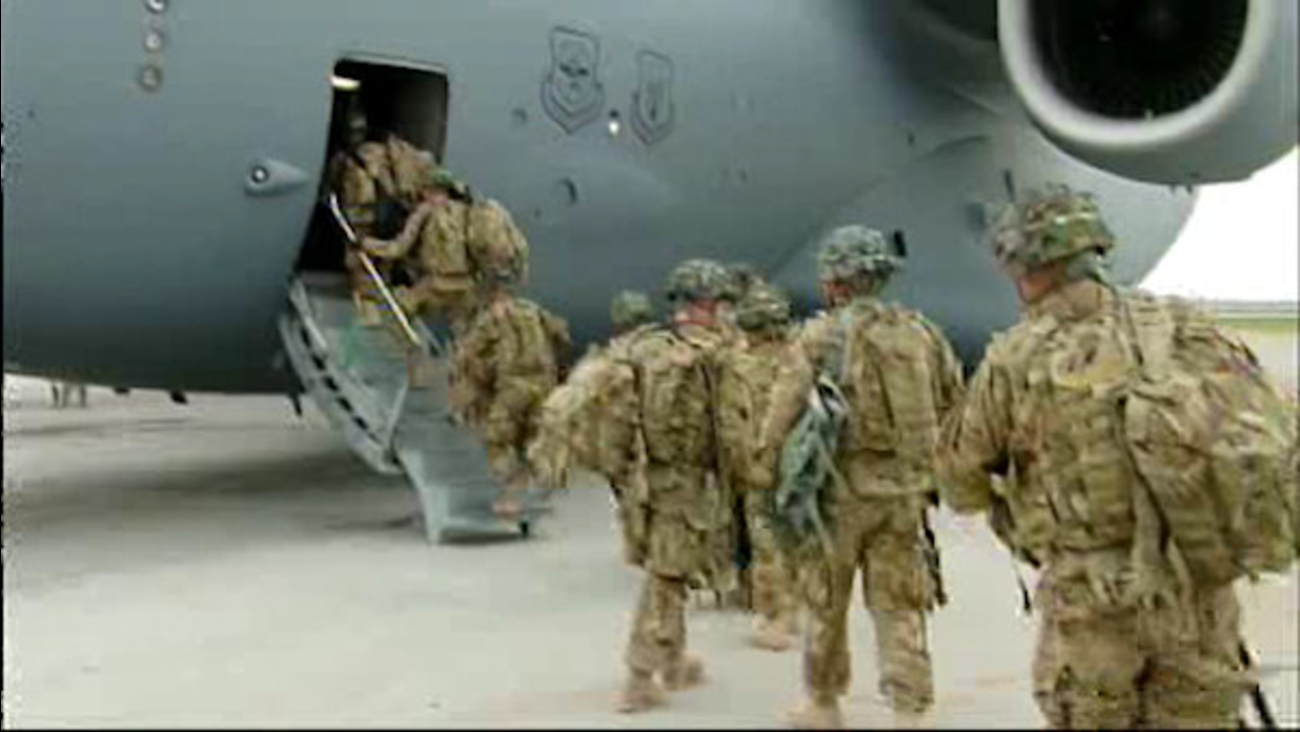 WASHINGTON -- The commandant of the Marine Corps has recommended that women be excluded from competing for certain front-line combat jobs, U.S. officials said Friday, as the Corps distanced itself from the other military services that are expected to allow women to serve in battlefield posts.

Officials said Marine Gen. Joseph Dunford submitted his recommendation to Navy Secretary Ray Mabus on Thursday. Mabus has made it clear he opposes the proposal from and recommended that women be allowed to compete for any Navy or Marine Corps combat jobs.

The developments have raised questions about whether Mabus can veto the Marine Corps proposal to prohibit women from serving in certain infantry and reconnaissance positions. And it puts Dunford, who takes over next week as chairman of the Joint Chiefs of Staff, in the position of defending an exclusion in his own service that the Army, Navy, Air Force and U.S. Special Operations Command have suggested isn't warranted in theirs.

Officials said Defense Secretary Ash Carter is aware of the dispute and intends to review the Marine plan. The Marine Corps is part of the Navy, so Mabus is secretary of both services.

U.S. officials said they didn't know the details of Dunford's report, but suggested that the Marine Corps believes that mixed-gender units are not as capable as all-male units. So they concluded that allowing women to compete would make the Marine Corps a less efficient fighting machine.

The Marines in the past week have been publicly and privately laying the groundwork for the Corps to maintain the current rule that excludes women from infantry and some ground combat jobs.

The debate has triggered a call for Mabus' resignation from a member of Congress who served in the Marines.

Officials say the Army, Navy and Air Force are expected to allow women to serve in all combat jobs and will not ask Carter for any exceptions. They say that Special Operations Command is also likely to allow women to compete for the most demanding military commando jobs - including the Navy SEALs - though with the knowledge that it may be years before women even try to enter those fields.

The officials spoke on condition of anonymity because they weren't authorized to discuss the matter publicly.

Mabus on Monday made his position clear.

Mabus' comments angered Rep. Duncan Hunter, R-Calif., who has asked Carter in a letter to demand Mabus' resignation because he "openly disrespected the Marine Corps as an institution, and he insulted the competency of Marines by disregarding their professional judgment, their combat experience and their quality of leadership."

Under the current process, the service chiefs present their plans to the service secretaries, who will then forward recommendations to Carter. He will make the final decisions by the end of the year.

If Dunford does seek the exception, it puts the new Joint Chiefs chairman at odds with public statements by Carter asserting that anyone, regardless of gender, who meets the standards and requirements for a job should be allowed to do it.

The report acknowledged that "female Marines have performed superbly in the combat environments of Iraq and Afghanistan and are fully part of the fabric of a combat-hardened Marine Corps after the longest period of continuous combat operations in the Corps' history."

Mabus, however, told the City Club of Cleveland that while the Marines did a long study of the matter, it relied on averages - such as the average woman can't carry as much or perform as quickly as a man.

"The other way to look at it is we're not looking for average," said Mabus. "There were women that met this standard, and a lot of the things there that women fell a little short in can be remedied by two things: training and leadership."

Women make up less than 8 percent of the Marine Corps, the smallest percentage across the four active-duty services.

The services have been slowly integrating women into previously male-only roles, including as Army artillery officers and sailors on Navy submarines. Adding to the debate was the groundbreaking graduation last month of two women in the Army's grueling Ranger course.

In January 2013, then-Defense Secretary Leon Panetta and Joint Chiefs Chairman Gen. Martin Dempsey signed an order wiping away generations of limits on women fighting for their country, ordering a quarter-million positions open regardless of gender. They called for sweeping reviews of the physical requirements for combat jobs and gave the military services until January 2016 to argue if any positions should remain closed to women.