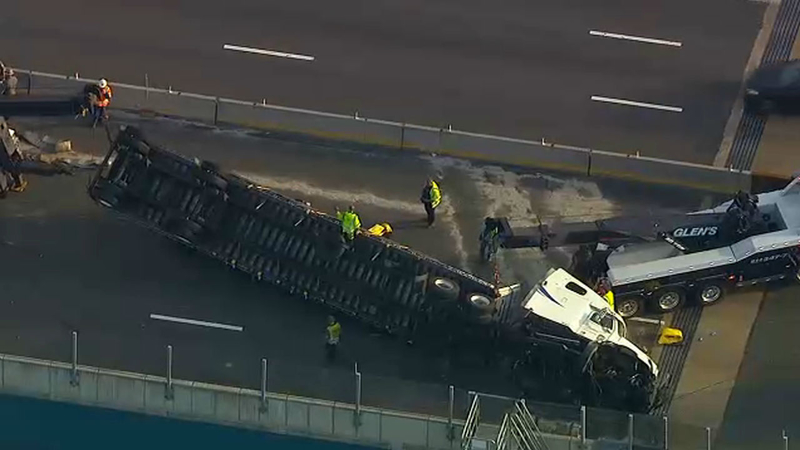 ROCKLAND COUNTY, New York -- The Governor Mario Cuomo Bridge is back open after an overturned tractor trailer caused a mess during the Friday morning commute.

The incident was reported Friday morning around 5:30 a.m. and caused a major backup when all three Westchester County-bound lanes were shut down.

Commuters leaving Rockland County were advised to seek alternate routes like the Bear Mountain Bridge or the George Washington Bridge.

Another view of the closure on the #TappanZeeBridge (#MarioCuomoBridge) Westchester-bound completely CLOSED. Trucks to Bear Mountain Bridge, cars to GW Bridge (trucks must use upper level of the GWB) #abc7NY #Newscopter7 is above @FlyJohnnyD pic.twitter.com/HvcwUyfIjh

The accident backed up traffic for hours.