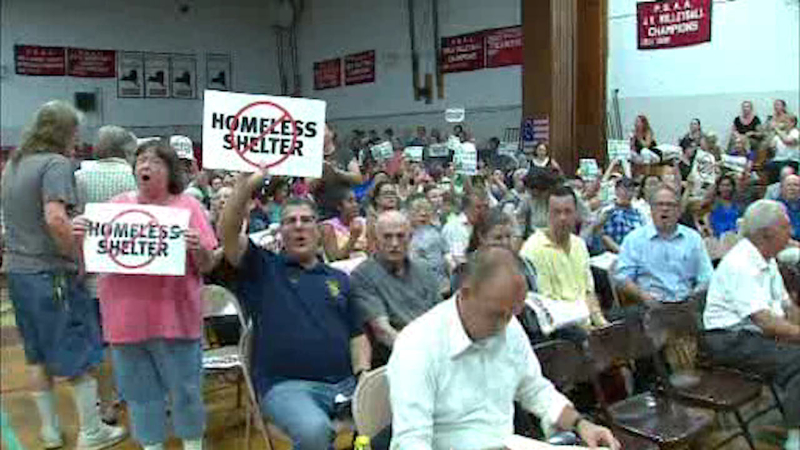 MASPETH, Queens (WABC) -- Some residents in Queens are angry about the city's proposal to convert a hotel into a homeless shelter for families.

So what is the city to do with a record number of homeless people if residents don't want them?

The room shook with anger. Hundreds of irate Maspeth residents crammed into a sweltering auditorium to vent their rage at a plan to turn a nearby hotel into a shelter for homeless families.

"I don't understand? When did New Yorkers start to procreate at such a rapid pace," another resident said.

"We want to give them a better place to be," Banks said.

As he tried to explain the plan, turn a Holiday Inn Express into the only shelter in the area for 110 families. Many of whom, the city says, are Maspeth natives, who fell on hard times, like anyone here could.

"There are several hundred thousand families in this city who are paying 50% in rent and they're one disaster away from losing their homes," said David Neustadt, NYC Human Services Administration.

But with several hundred unable to fit into the auditorium, they instead marched to the Holiday Inn, which is still an active hotel. They stormed the front door and one man was arrested.

A community rising as one, they say, to save their neighborhood from what they insist is certain ruin.