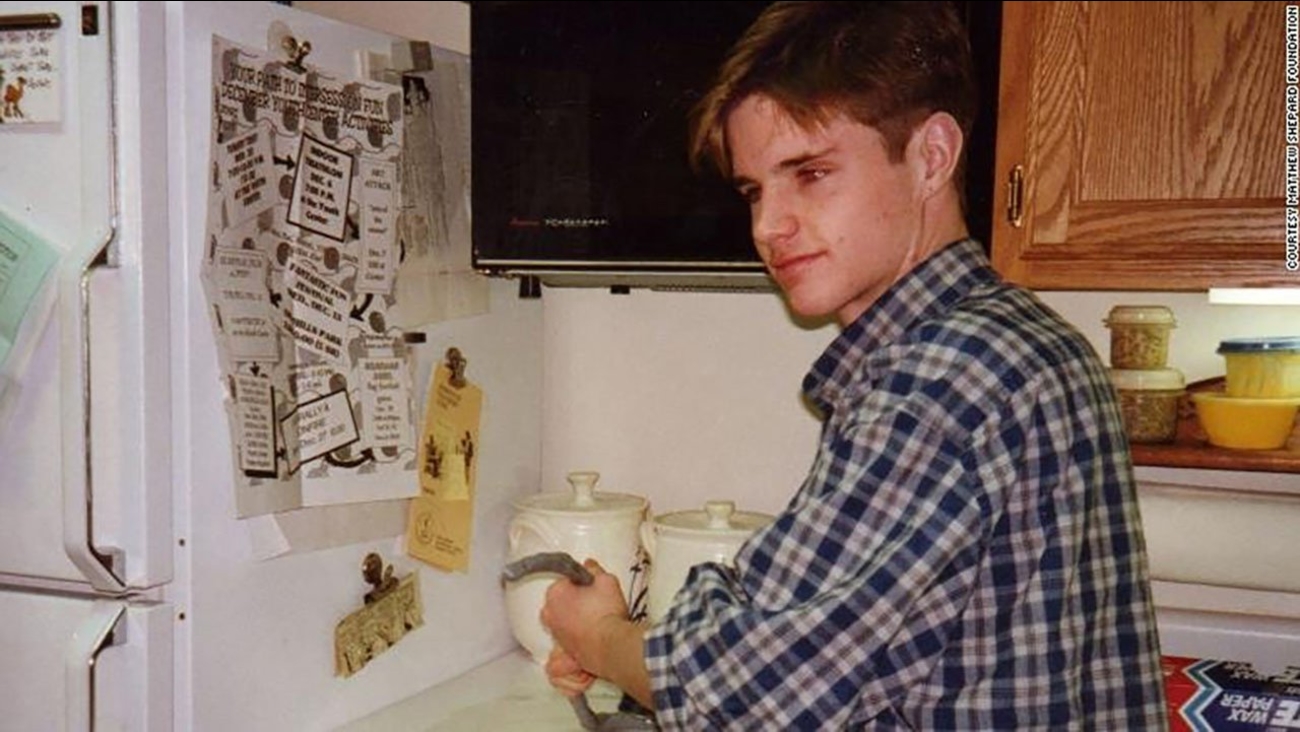 WASHINGTON -- Twenty years after he was brutally murdered in a homophobic hate crime, Matthew Shepard will be interred at the Washington National Cathedral.

On October 6, 1998, Shepard, a student at the University of Wyoming, was driven out to a rural area and was robbed, pistol-whipped, tied to a fence and left to die in near-freezing temperatures.

Shepard was discovered by a cyclist 18 hours later, still tied to the fence and in a coma. He was taken to a hospital for treatment, but he died six days later due to the severity of his injuries.

Shepard's family said in a statement that the Cathedral was chosen as Matthew's final resting place because he loved the Episcopal Church and felt welcomed by it in Wyoming.

"For the past 20 years, we have shared Matt's story with the world," Shepard's mother Judy said in the statement. "It's reassuring to know he now will rest in a sacred spot where folks can come to reflect on creating a safer, kinder world."

Shepard's October 26 interment will be preceded by a service to celebrate his young life, which will be presided over by the Right Rev. V. Gene Robinson, the first openly gay bishop in the Episcopal Church.

Shepard will be one of about 200 people to have been interred in the Cathedral over the past century, officials said.