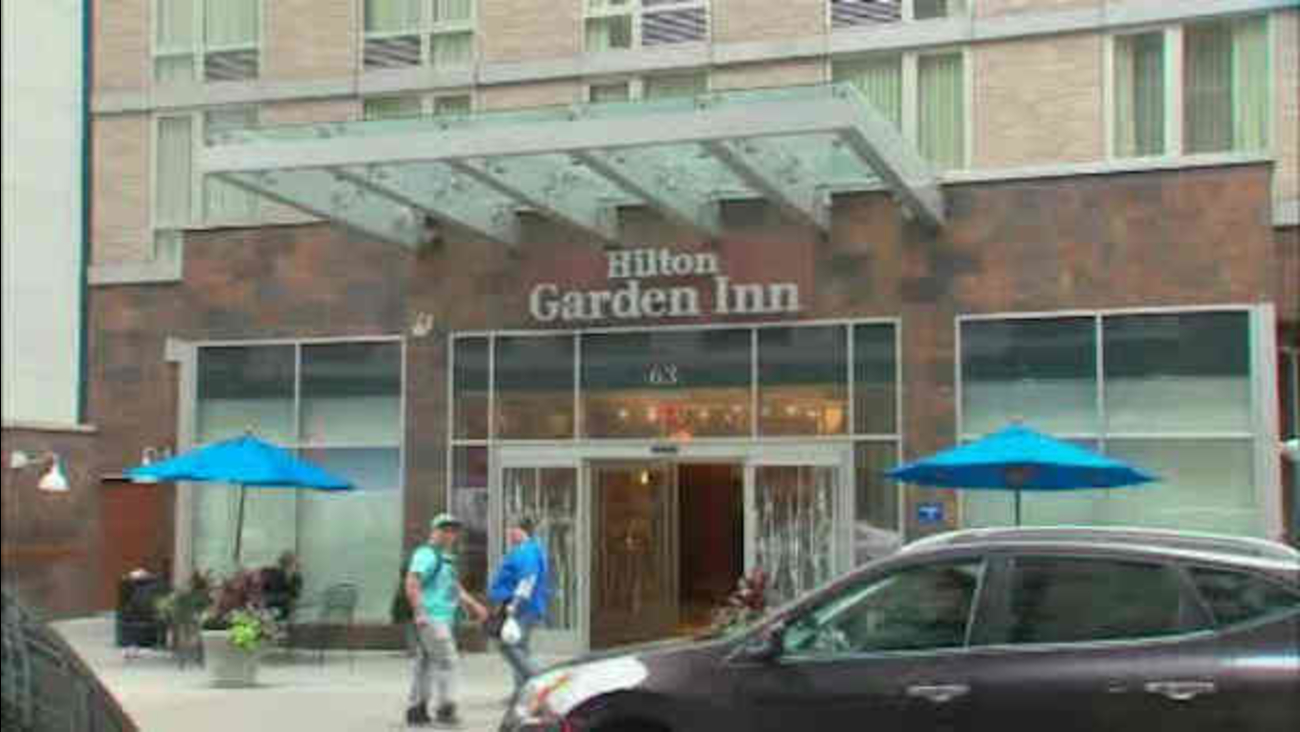 NEW YORK (WABC) -- Police say they have arrested a suspected prostitute in the murder of a man found dead early Monday inside a Midtown Manhattan hotel room.

Investigators say Christine O'Brien is charged with murder and robbery. She is believed to have let up to four men and a woman into the victim's hotel room at the Hilton Garden Inn in Midtown Monday morning.

According to statements O'Brien made to police, she struck the victim in the torso while the others hit him with their fists and kicked him. He was repeatedly asked the combination of the room safe, officials said.

When two of the men left the hotel, they were carrying a large object concealed in a sheet, the approximate shape and size of a hotel safe.

The four men and the woman are still being sought.

Goodwin was found in the room by security at the Hilton Garden Inn at West 35th Street just after 4 a.m. on Monday.

Investigators said other guests had heard screaming. A security guard noticed the room door open. When he went to investigate, he found the victim unresponsive under a mattress.

Goodwin had sustained trauma to the back of his head. He was pronounced dead at the hospital. The cause of death was multiple blunt force trauma and homicidal asphyxia.

Officials say Goodwin is believed to have been a pimp. Goodwin had stayed at a different hotel every night in the days before his death, authorities said; one night at a hotel in the Bronx, another hotel in Manhattan and then at the Hilton Garden Inn Sunday night.

Detectives believe a prostitute brought the accomplices back to the hotel room to rob Goodwin, who was known to carry thousands of dollars in cash.

He was killed in the process of the robbery, police said. The prostitute and her accomplices then fled.