Attorney details what led to suspect's surrender in Philadelphia standoff 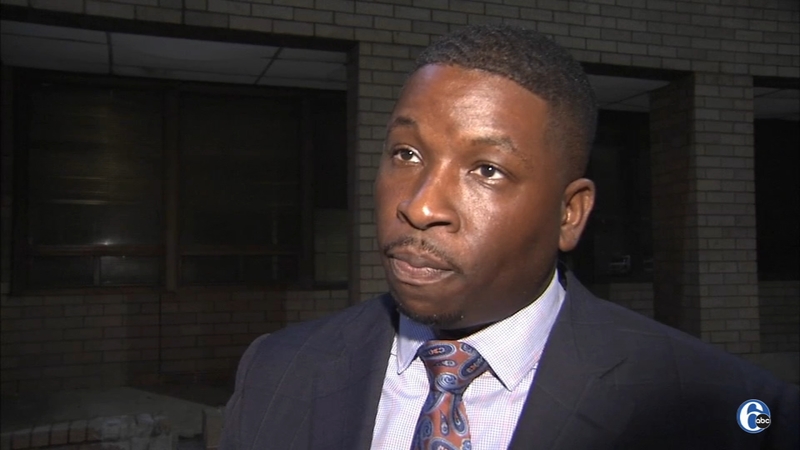 PHILADELPHIA -- The attorney for suspected gunman Maurice Hill said a four-way phone call including Philadelphia District Attorney Larry Krasner and Police Commissioner Richard Ross led to the end of a seven-hour plus standoff.

"There was four-way conversation between Mr. Hill, Commissioner Ross, Mr. Krasner, and myself, trying to figure out a way to do this where there were no injuries to anyone, no further injuries, and I certainly did not want my client to be injured as he was taken into custody," Shaka Johnson told Action News in an interview early Thursday morning following Hill's surrender.

Authorities have not officially named Maurice Hill as the suspected gunman, however, sources and Johnson both confirmed his identity.

Though he was aware of the situation taking place on the 3700 block of North 15th Street in Tioga-Nicetown, Johnson did not know his client was part of it, until he received a call around 8:30 p.m. Wednesday, four hours after the incident began.

"Mr. Hill called me on my cell phone and expressed he was in a very precarious situation and he wanted my assistance in getting him out of that situation alive. He told me he was barricaded inside this particular property and he was, in fact, part of the news story that I and everyone else had been watching on television," Johnson said.

Johnson said he "instantly sprang into action" and called Krasner to ask what needed to be done to get his client out of the situation unharmed.

In a Thursday afternoon press conference, Krasner talked about the call. He said Johnson had asked Hill if he wanted to speak with him.

Once Krasner was added into the phone call, he said Hill was in a "very excited and animated, frankly, dangerous state."

"I did what I could. I am no hostage negotiator, I have no such training. Neither is Mr. Johnson. But we were doing what we could to try and lower the volume...to get him to a more rational position," Krasner said.

By this time, six Philadelphia police officers had been shot and three others had been injured in connection with the standoff.

Krasner said they all were hoping for a peaceful resolution.

Johnson told Hill that he was given until 11:45 p.m. to surrender and then after that "we're not certain where this is going to go, so I need you to come on out."

Johnson told Action News that Hill wanted to live because he has a baby daughter, born just two days prior, as well as a teenage son, and a wife. Philadelphia Police Commissioner Richard Ross called the woman the suspect's girlfriend in a Thursday morning interview.

Johnson said that their attorney-client relationship has grown over the years where he refers to Hill as his 'nephew' and his client calls him 'uncle.'

Johnson said while he's "no hostage negotiator," he knows how to talk to people, especially those he's had a "certain kind of relationship over the years."

Hill requested that Johnson be there when he left the home. Krasner also promised that he'd be there, too.

"He asked me to come. He said, 'I only need you to be here when I come out,'" Johnson said.

Nine Philadelphia police officers have been injured as reporrted by Bob Brooks and Maggie Kent during Action News at 11 on August 14, 2019.

Once on the scene, Johnson said he tried to get as close to the front door as possible, which is where Hill wanted to meet him. Police would not allow that to happen, so he went to one of the many police vehicles parked outside the home and grabbed the megaphone.

"I (used) their megaphone to let him know that I was physically on the scene the way I promised I would be," Johnson said. "And I might say, Mr. Krasner also promised that young man he'd be there as well and he came as well. So Mr. Krasner and I were both there and I wanted to let him know we were here the way I told him we'd be here to make sure when you come out you are in essence taken alive. That's what happened."

Shortly after midnight Thursday, more than seven hours after the standoff began, Hill surrendered to authorities.

Ross said while he thanked the attorney for his help, it was ultimately the tear gas that ended the ordeal.

Johnson said he was able to speak to his client as he was placed into the police van.

Raw video from the scene in Tioga-Nicetown as the suspect in an active shooter incident that wounded 6 police officers surrenders, August 15, 2019.

"I told him we'd talk much later," Johnson said.

While Johnson said he expects his client to be arraigned on multiple charges including attempted murder, aggravated assault, and recklessly endangering another person, he was not confirming that his client fired his weapon. Johnson said he was just a spectator at that time, not even knowing his client was involved.

He said he didn't ask Hill about the shootings during their conversation.

"I didn't ask any questions about what happened, what took place, I'm not a psychiatrist; I'm not interested in that. All I wanted to do was to speak to him from one man to another man, from a father to a father, and someone who appreciates my opinion," Johnson said.

Hill was taken to Temple University Hospital for evaluation. He was released from the hospital around 4 a.m., being escorted by officers.

Johnson said he's thankful for how the Philadelphia Police Department handled the situation, saying these types of incidents "don't usually end in a peaceful resolution."

"I thank the Philadelphia Police Department for being very patient. This could have gone a very different way much earlier in the day, especially with the community putting pressure on them to resume their normal lives. Just standing around and being patient, I'm sure that's not what a lot of officers wanted, but I thank from command on down for instituting some patience and allowing myself and Mr. Krasner a chance to get here and talk him out," Johnson said.
Report a correction or typo
Related topics:
north philadelphiaphiladelphia newsshootingpolice officer shotstandoffphiladelphia police
Copyright © 2022 WPVI-TV. All Rights Reserved.
RELATED
LISTEN: Radio broadcasts reveal chaotic situation during Philly active shooter incident
PHOTOS: Standoff and Shooting Scene in Philadelphia
VIDEO from the scene of the Police Shooting
TOP STORIES
2 boys, ages 11 and 13, stabbed in brawl outside NYCHA complex
Woman killed while pushing stroller believed to be targeted: sources
9 people hospitalized with gunshot wounds in Newark
14-year-old tiger dies after contracting COVID-19 at zoo
Victim's sister speaks out on Queens triple murder mystery
Woman, 86, recognized as longest-serving flight attendant
AccuWeather: Very hot and humid
Show More
Cruise ship hits iceberg in Alaska, returns to Seattle for repairs
Bus driver retires after 4-decades with Liberty Lines Transit
Vintage Burger King found behind wall inside Delaware mall
Body of missing man recovered in water near Long Beach
NYC 'Test to Treat' unit improves access to COVID antiviral Paxlovid
More TOP STORIES News