Mayor Adams gets look at sample of 2,700 weapons confiscated inside Rikers Island 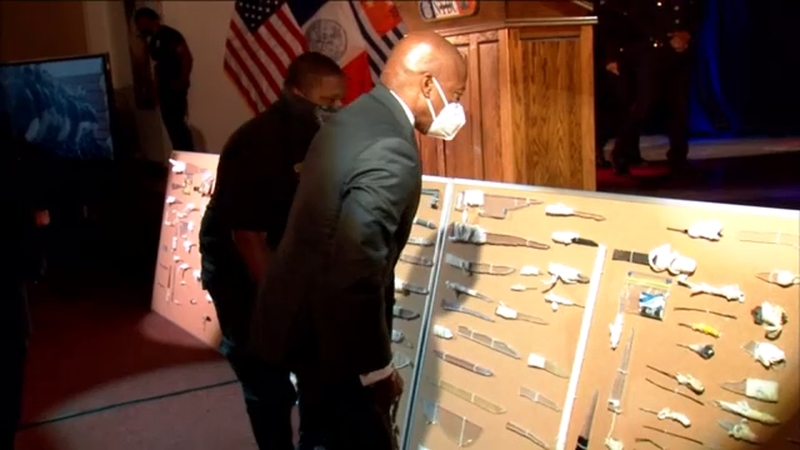 Mayor Adams gets look at sample of weapons confiscated at Rikers

The approval means no federal takeover of the jail.

Adams also cited the return of 1,400 officers since Commissioner Molina's appointment and a sharp reduction in the number of slashings and assaults on staff.

This year alone nine people have died in DOC custody.

Adams faults the city council for failing to green-light the hiring of 550 additional correction officers, and union leaders agree with him.

"Shame on City Council for not approving these officers. They talk a good game, but we keep New York City safe and we need support from our elected officials and it seems like people have turned their back on us," said Benny Boscia, President of the Correction Officers' Benevolent Association.