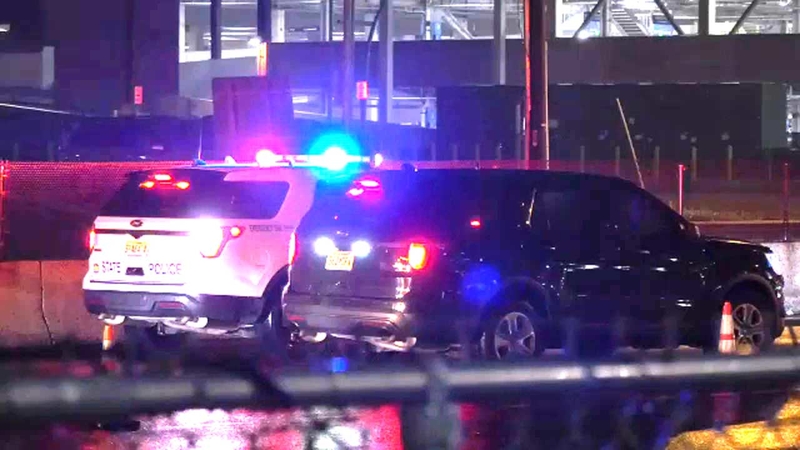 2 dead in shooting outside Meadowlands Racetrack

The victims were shot on Route 120, outside the entrance to the racetrack shortly after 9 p.m. Sunday night.

One person was pronounced dead at the scene.

Another was pronounced dead at Meadowlands Hospital in Secaucus.

Their names have not been released.

The NYPD has suspended an officer after a video posted to social media appears to show the cop using a speaker to say "Trump 2020" while on the job.

Four people have been taken into custody, and an SUV believed to be stolen was towed from the scene.

Preliminary information indicates the shooting was an isolated incident, with no threat to the public.

Authorities continue to investigate what led to the shooting.

Skirmishes broke out between supporters and opponents of President Donald Trump as a Jews For Trump convoy rolled slowly through New York City.