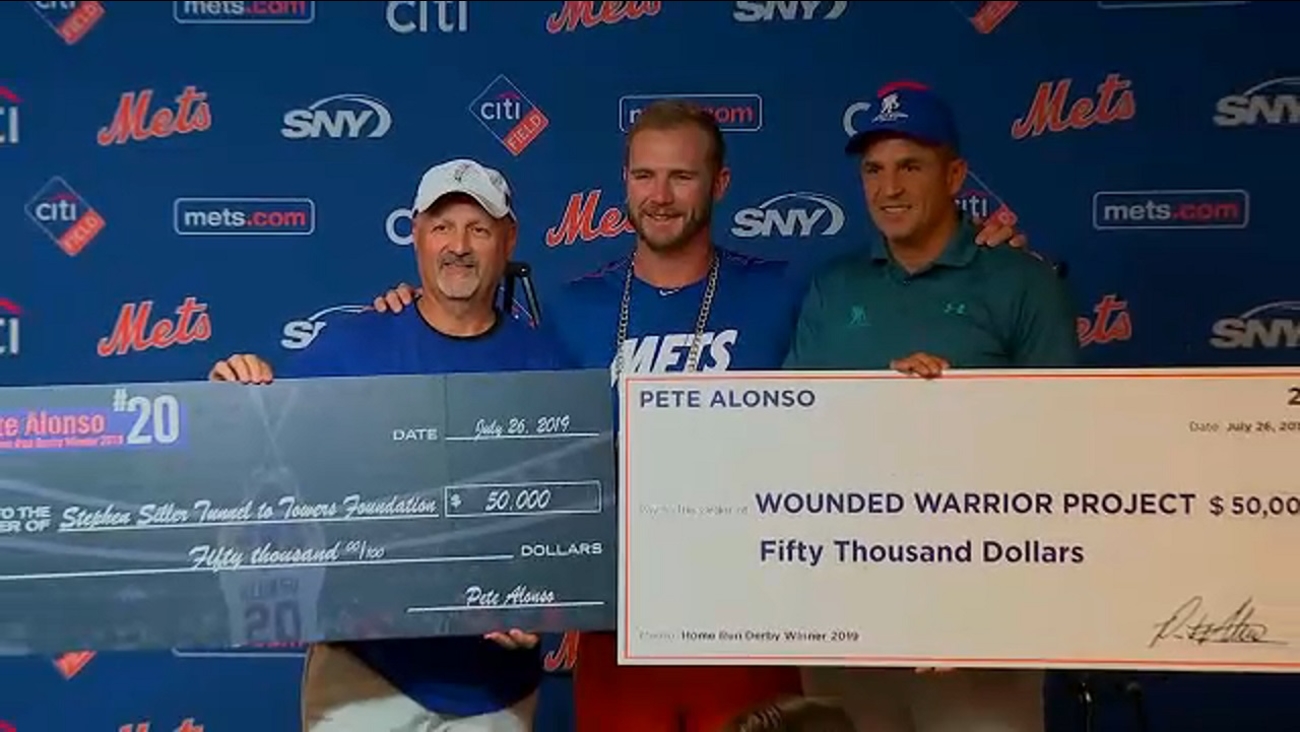 FLUSHING, Queens (WABC) -- For Mets slugger Pete Alonso, a few swings made him richer in one night than he is after a full season. However, after winning the Home Run Derby, Alonso decided to donate a part of his winnings.

On Friday he donated $50,000 apiece to two charities - The Wounded Warriors Project and the Stephen Siller Tunnel to Towers Foundation.

"I just feel extremely blessed, and that's one of the reasons why I wanted to donate. I feel really strongly about people who put their lives on the line every single day," Alonso said, "And for me, I think that's kind of often overlooked...something that we all kind of take for granted. The price of freedom isn't free."

LIVE 🎥: @Pete_Alonso20 receives his 2019 Home Run Derby check and donates 5% to the Wounded Warrior Project and another 5% to the Tunnel to Towers Foundation. https://t.co/onG7CzFIdi

The Tunnel to Towers Foundation is named after firefighter Stephen Siller, who was killed on September 11th after running through the Brooklyn Battery Tunnel to the World Trade Center. Stephen's brother runs the foundation.

The Wounded Warriors Project will also put the money to good use.

For Alonso, who is in the midst of a historic rookie season, the ability to give back to the community is just as important as setting home run records.