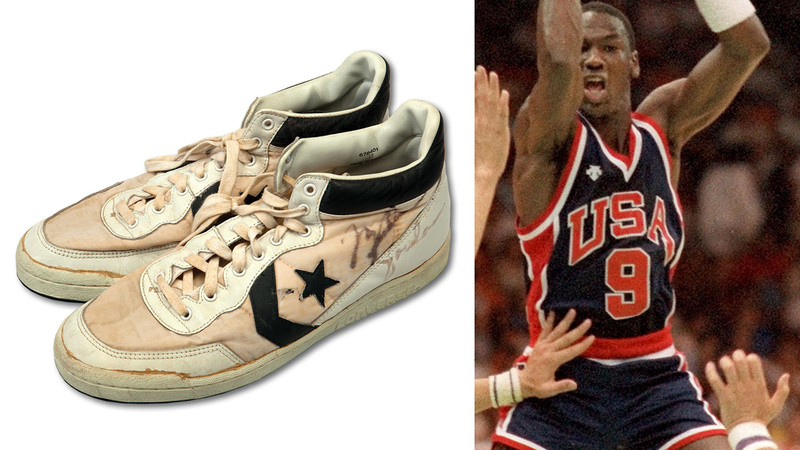 A pair of Converses worn by none other than Michael Jordan just broke a record, becoming the most expensive game-worn sneakers ever auctioned off.

Jordan wore them during the final game of the 1984 Olympics, in which he scored 20 points to lead Team USA to a victory over Spain. The 21-year-old had just left the University of North Carolina and signed with the Chicago Bulls, making that game his final as an amateur.

The shoes were procured by an 11-year-old ball boy who happened to be the son of Los Angeles Lakers great Gail Goodrich. The boy got the shoes signed by His Airness in the locker room.

Goodrich's son provided a letter of authenticity to SCP Auctions, where the shoes were sold for $190,372.80. The auction listing for the shoes explains that they are in very good condition.

"The shoes are very well-preserved with all structural and aesthetic components perfectly intact. Game use is evident throughout, with proper heel drag, leather creasing and light scuffing. Jordan has signed both sneakers-the right shoe on the inner ankle, the left shoe on the outer ankle-in 6-7/10 black marker in his early, pre-NBA autograph form."


It was the last time Jordan, whose name would become so closely associated with Nike, would be seen competing in Converses.