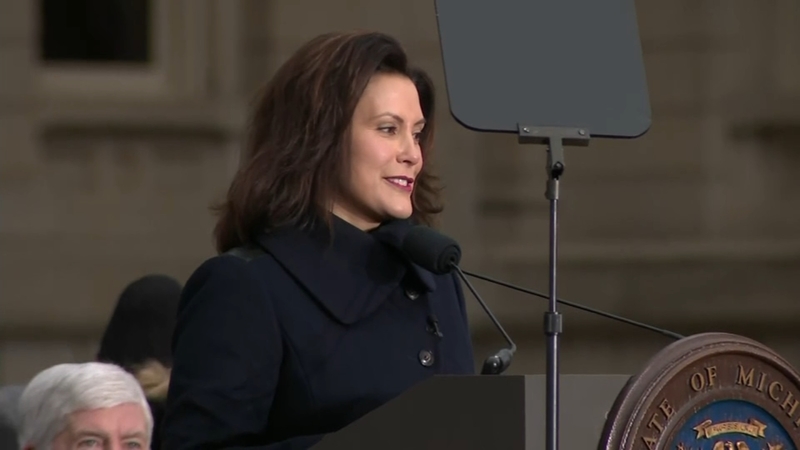 CHICAGO -- There is new and disturbing information in the alleged militia plot against the governor of Michigan.

The 14 men charged had far more violent plans than just a kidnapping, according to federal and state authorities.

New filings claim there was a Plan B the militiamen had drawn up, that involved a takeover of the Michigan capitol building by 200 combatants who would stage a week-long series of televised executions of public officials.

And, according to government documents now on file in lower Michigan court, there was also a Plan C -- burning down the state house, leaving no survivors.

In southern Wisconsin Wednesday afternoon the 14th man charged in the plot, Brian Higgins, was closer to extradition to Michigan, even as prosecutors there piled on new, even more outrageous accusations against the men.

Higgins appeared from his home for the video court hearing.

"My client is going to leave this house when this hearing concludes. And unless you tell him otherwise, he's going to go straight to the sheriff's department and turn himself in," said Higgins' attorney, Christopher Van Wagner.

The latest accusations include the charged threat that Michigan Gov. Gretchen Whitmer was to be kidnapped and possibly killed; now government court records cite subplots to stage an armed takeover of the state capitol in Lansing and televise the executions of politicians.

In an interview with the ABC 7 Chicago I-Team last week, Michigan's attorney general, who's prosecuting some of the militiamen, discussed the domestic terror threat.

"We are one of the few states that does not ban guns in our state capitol building, and clearly there have been threats made on the lives of our legislators; you probably saw the pictures back from in April, where we had armed gunman, some of them, same defendants in this case, that were hovering over state senators with long guns, screaming and yelling at them as they were deliberating, as they were discussing legislation and as they were voting, so that remains a big concern to me in a very scary scenario," said Dana Nessel.

"We have threats that stream into my office daily, while we have watched the kidnapping plot against the Michigan governor unfold just a state away," said Pritzker.

Despite the violent nature of the charges, including an alleged plan to hold a mock treason trial for the governor of Michigan once she was kidnapped, several of the defendants have had bond reductions and are now free.