Trump and Romney dine on the Upper West Side 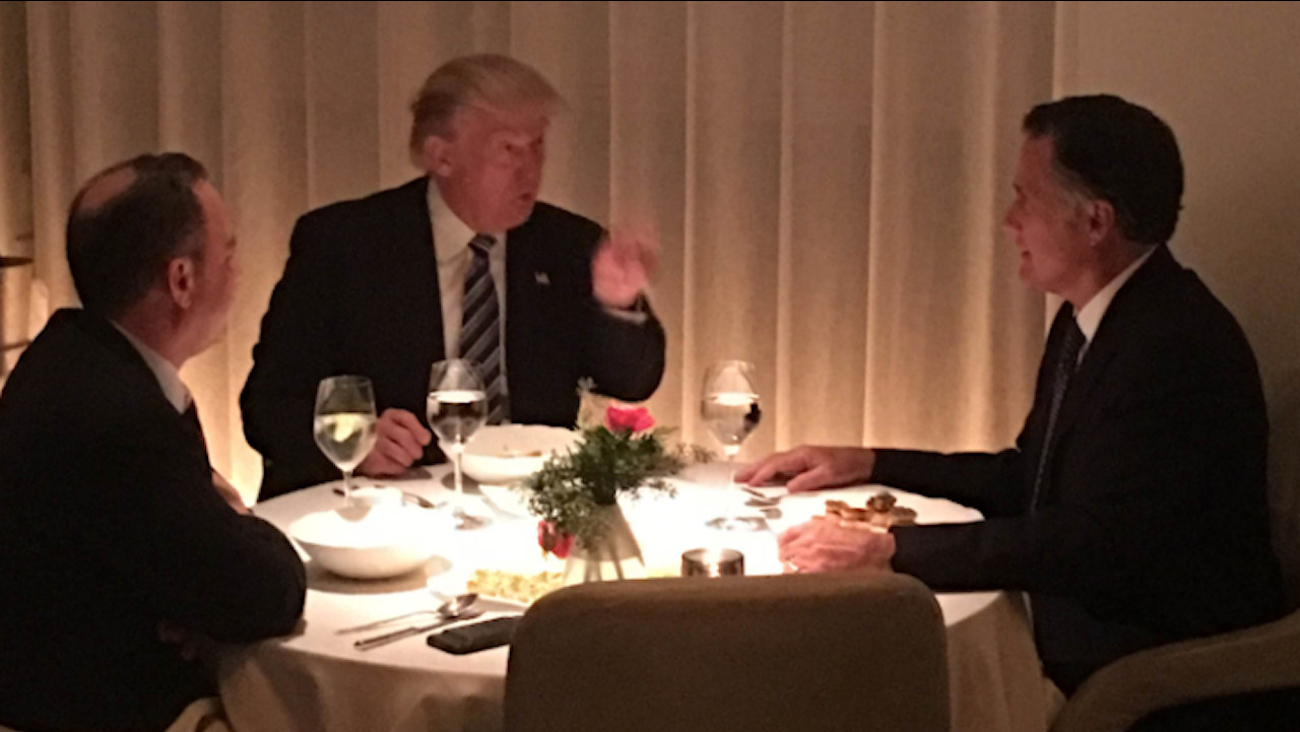 UPPER WEST SIDE, Manhattan (WABC) -- President-elect Donald Trump and Mitt Romney had dinner on the Upper West Side Tuesday night.

The dinner at the Trump building was also with future White House Chief of Staff Reince Priebus.

The men met for dinner at Jean-Georges restaurant located in the Trump International Hotel and Tower off Columbus Circle in midtown Manhattan.

The exclusive restaurant, which has received three Michelin stars, has a dinner menu featuring a variety of meat, fish and pasta dishes.

The group dined on garlic soup with thyme and sauteed frog legs as well as diver scallops for appetizers. Priebus and Trump had steak and Romney had lamb chops.

When asked if the meeting was going well, the president-elect flashed a thumbs up.

Romney, a harsh and brutal critic of Trump during the campaign, is apparently a finalist for Secretary of State, along with several others.

But this quite public dinner meeting is a first for those in the running.

Romney gave a statement after the dinner:

Here's Mitt Romney talking to reporters after his dinner with Trump at Jean George's. pic.twitter.com/nzj8FN0gug