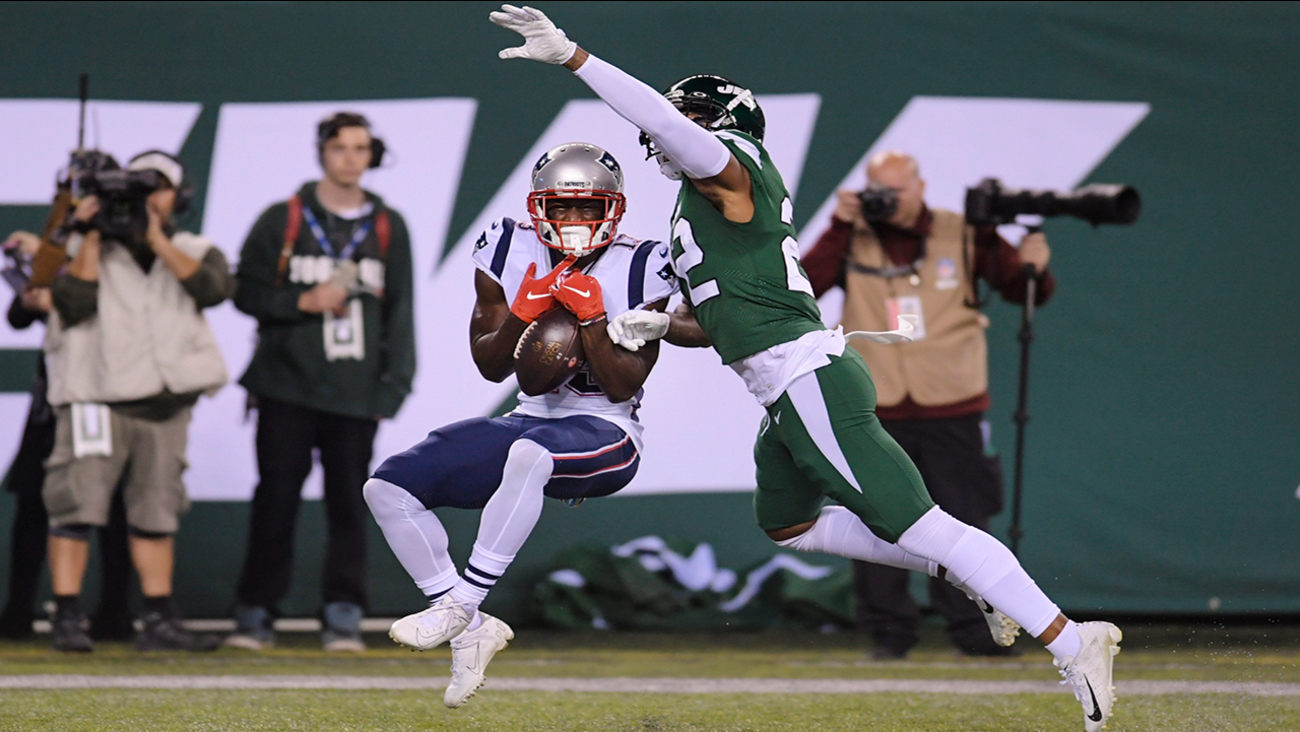 New England Patriots' Phillip Dorsett, left, catches a pass for a touchdown in front of New York Jets' Trumaine Johnson during the first half.

Brady threw a TD pass to Phillip Dorsett and Sony Michel ran for three scores to help the Patriots improve to 7-0 for the third time in franchise history, and first since 2015.

They also swept the two-game season series against their AFC East rivals for the fourth straight year, outscoring the Jets (1-5) 63-14 in the two meetings this year.

And, the top-ranked Patriots defense was a big reason in this one.

Darnold was the AFC offensive player of the week after leading New York to a 24-22 win over Dallas last Sunday in his return from missing three games with mononucleosis.