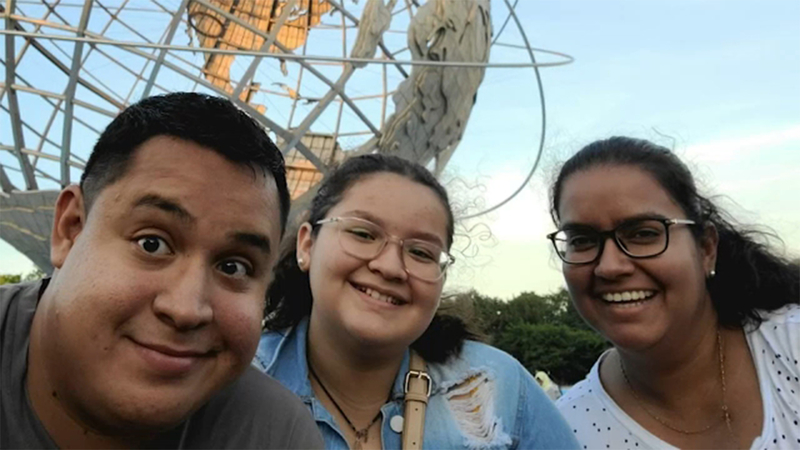 Family speaks out after mom, daughter killed in car crash in Queens

JAMAICA, Queens (WABC) -- A man is facing manslaughter and driving while intoxicated charges following a crash that killed a mother and her young daughter in Queens Saturday.

Diana Granobles, 31, and her 10-year-old daughter, Isabella, nicknamed 'Bella,' were inside that other vehicle.

The mother was driving, heading to pick up her husband Lorozano Granobles from work. But he noticed something was wrong as he tracked the family car from his phone.

"It wasn't moving, and it was there for a while," Javier Granobles said. "He started walking, it was three blocks away, so he walked from the job to the scene. When he first called me, at the scene he was hysterically crying, I tried to calm him down and said just get to the hospital and see what the conditions is."

They were taken to Jamaica Hospital where they were both pronounced dead.

Absolam was also taken to Jamaica Hospital, along with a 38-year-old female passenger, who police say is Absolam's girlfriend.

He was reported in serious condition while her condition was critical.

Also in his vehicle were a 12-year-old boy and a 16-year-old girl, who police say are Absolam's girlfriend's children, they were taken to Long Island Jewish Cohen Children's Medical Center, both in serious but stable condition.

Javier Granobles tells Eyewitness News, Diana had moved back home to South America two years ago with the couple's three kids, including two little boys, to save money.

She came back to the city in mid-March, and Isabella followed shortly after.

"Isabella had just arrived June 17 back to the city so she could get acclimated and wait to start school in September, but that won't happen now," Javier Granobles said.

Police are investigating the discovery of a dead body in Central Park.