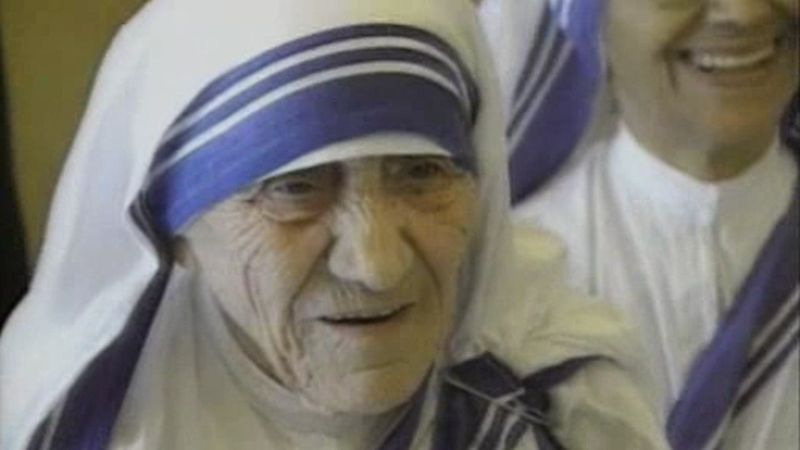 ROCKVILLE CENTRE, Long Island (WABC) -- In less than a week, Pope Francis will canonize Mother Teresa as a saint.

The honor has special meaning for one woman on Long Island who once worked alongside Mother Teresa in Kolkata, and now is set to head to Rome for the ceremony.

At 26-years-old, Laura Gillen did what few others would even think to do, volunteering with Mother Teresa and her Missionaries of Charity in Kolkata.

"I worked in the home for the dying, this is where I spent every day," Gillen said. "You see these people who have not properly been looked after or they're just very ill and their families just couldn't afford to take care of them."

It was an honor she says to be a part of anything Mother Teresa did.

She remembers well the first time she saw her in Kolkata.

"One day I was sitting in mass and all of I looked up and there she was. She came in and I was star struck," Gillen said. "I was really touched by her humanity, which I think is one of the most inspiring things about her. This little, little, woman from Albania who took on a mission and changed the world."

Gillen, now an attorney in Uniondale says when she heard about the canonization and she knew she wanted be involved in some way.

"I reached out to the Missionaries of Charity in the Bronx and I said, 'I'm so excited and I would love to be a part of it. Are you giving a mass at the order?' And they said, 'Would you like to go to the canonization?' And I said, 'Yes, I would,'" Gillen said.

Pope Francis will preside over the mass at St. Peter's Basilica.

"It was such an important part of my life and this is really bringing it full circle," Gillen said.