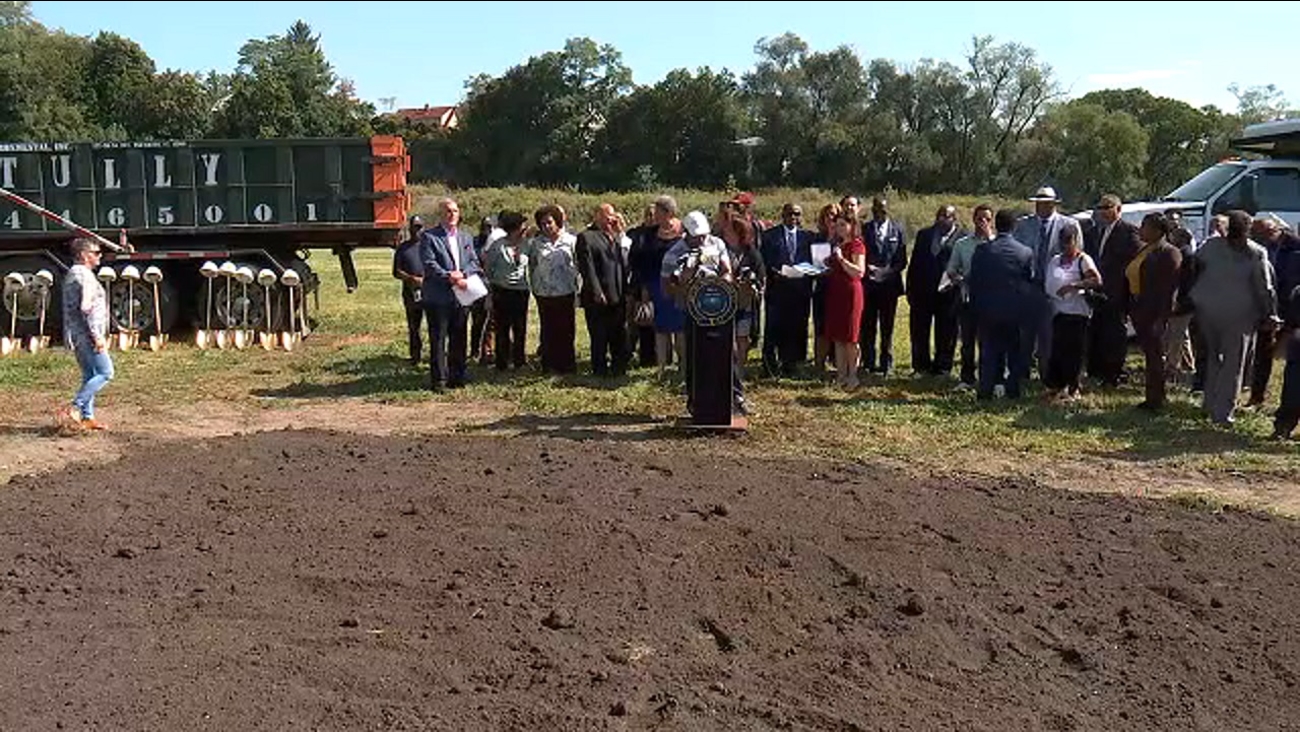 MOUNT VERNON, New York (WABC) -- It has been a rundown blight for more than a decade, but now there is new hope for 'Memorial Field' in Mount Vernon.

The field will be cleaned up, and a new stadium will be built on the grounds there.

It is where the famous Coca-Cola commercial starting Mean Joe Greene was filmed, and where the Jacksons performed in concert. However, the field fell into disrepair. Now, even the crumbling stands have been knocked down, leaving a huge void for the city's youth.

There have been previous renderings under prior administrations that have all gone nowhere. In the meantime, the soil has been contaminated by tons of illegally dumped waste.

The announcement on Thursday marks phase one - the city has awarded a $2.2 million contract for the environmental clean-up mandated by the state.

Westchester County and the state legislature have pledged to help pay to build a new field. Unlike earlier proposals, the city would retain control.

The Democratic nominee - and likely next mayor of Mount Vernon, Shawn Patterson is on board.

The cleanup is scheduled to take six weeks. The plan is to build a temporary field and track for use until construction begins in 2020.