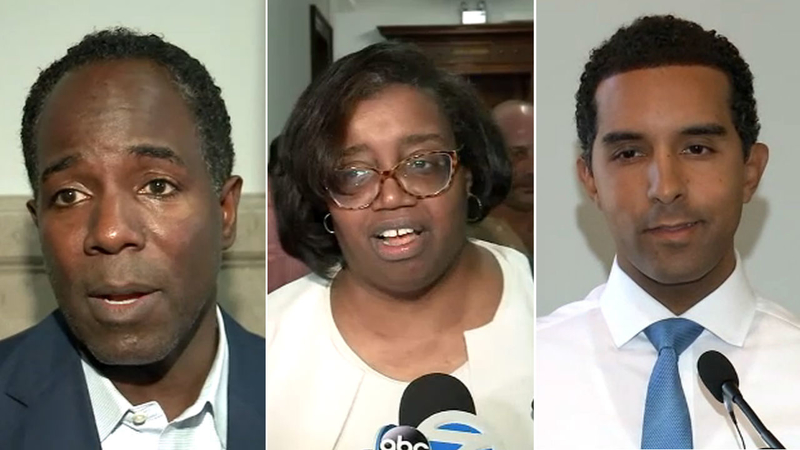 MOUNT VERNON, New York (WABC) -- Just when it appeared Mount Vernon was down to one acting mayor after a month of political turmoil, the City Council has voted to install someone else.

The Council said they want to move forward and regain the trust of people after the bruising fight between Thomas and Wallace.

Since taking over, Wallace has made a number of personnel changes in several city departments and the Council has accused of him of not following proper procedure.

He says it doesn't matter and he is still in control.

"I'm going to go back and continue to do my job as the mayor and move forward with the city of Mount Vernon's business, and this whole thing and witch hunt because they say I'm firing people or removing people - these people are corrupt," Wallace said.

"We hope that we can resolve this by all sitting together without going to court," Copeland said.

One thing that is for certain is that Richard Thomas is no longer the mayor. He submitted his letter of resignation but the Council voted on Friday to pay him $35,000 in exchange for immediately dropping his lawsuit rather than wait for a judge to formalize it in two weeks.

Wallace voted against that and likened it to negotiating with terrorists. He said he will veto the payment if he is still the acting mayor.