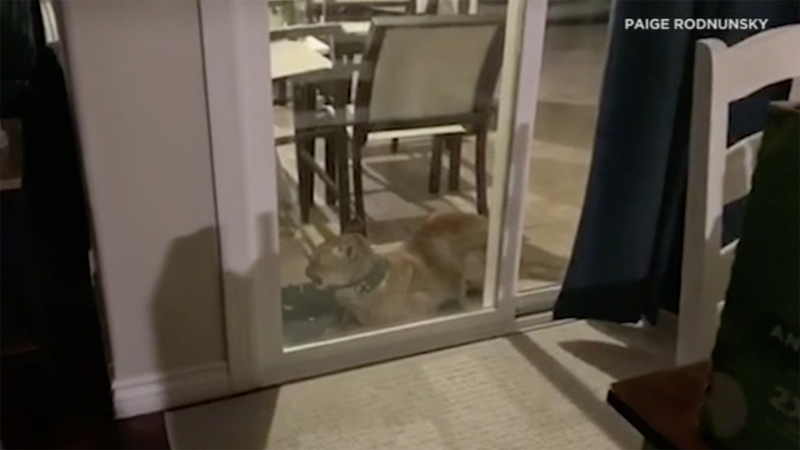 SIMI VALLEY, Calif. -- A mountain lion that has been terrorizing a Southern California neighborhood was punched by a woman as it attacked and killed her dog.

The animal started lurking outside of homes in Simi Valley earlier this week.

"It was purring and hissing at my dogs," 15-year-old Paige Rodnunsky said. "I go over, I was like, 'Please don't let it be the mountain lion.' Of course, it was."

It hung out on the patio for about 30 minutes before leaving, Rodnunsky said. Then it came back.

"So the labradoodle was a little bit scared, but our border collie lab mix wasn't at all. He was actually kind of excited by it," she said.

Rodnunsky captured video of the mountain lion hours after it pounced on a dog named Pumba, killing the 6-year-old miniature Schnauzer.

The owner's brother said his sister fought back, attacking the mountain lion with her bare hands.

Neighbor Michael Chen said the emaciated looking wildcat was waiting by his home's doggy door shortly after it attacked and injured his dog Sammy.

"The mountain lion grabbed his head and his right arm," Chen said.

Although the animal has a monitoring collar around its neck, police said it isn't working. Since this is the animal's natural habitat, authorities have no plans to capture and relocate it.