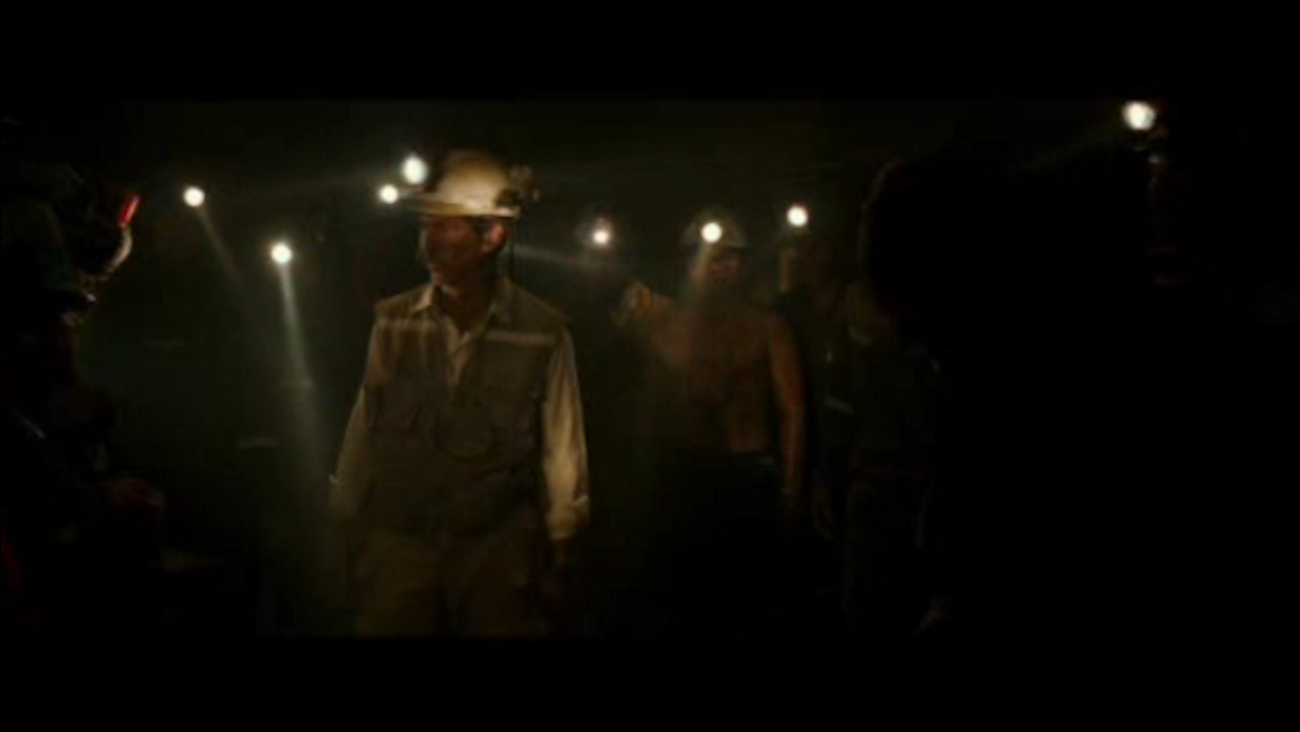 NEW YORK (WABC) -- Any movie called "The 33" has a large cast by definition, and their stories have a tendency to blend together. But a new film about human resilience is forceful enough.

What happened in Chile five years ago captured the attention of the whole world. A gold and copper mine collapsed, and that's how "The 33" came to be trapped 200 stories below ground for a couple of months.

Antonio Banderas leads an international cast as the guy called "Super Mario," who became the leader of this group.

Lou Diamond Phillips co-stars as a foreman who warns about the mine's safety before the accident, and later gets stuck underground himself.

The film cuts between their lives below and how their families are coping above them.

French actress Juliet Binoche is in a role once intended for Jennifer Lopez, and while she may be a questionable choice, Binoche manages to do her best, as does Ireland's Gabriel Byrne.

All of "The 33" are recovered thanks to an international effort, and although the outcome is already known before even watching the film, the filmmakers were able to keep the movie suspenseful. It is partly due to how well the families kept the focus on the fate of their loved ones.

The president of Chile is played by an actor from California, and all the performers trying to sound Chilean gets irritating at times. But it is still a movie worth seeing on the big screen.