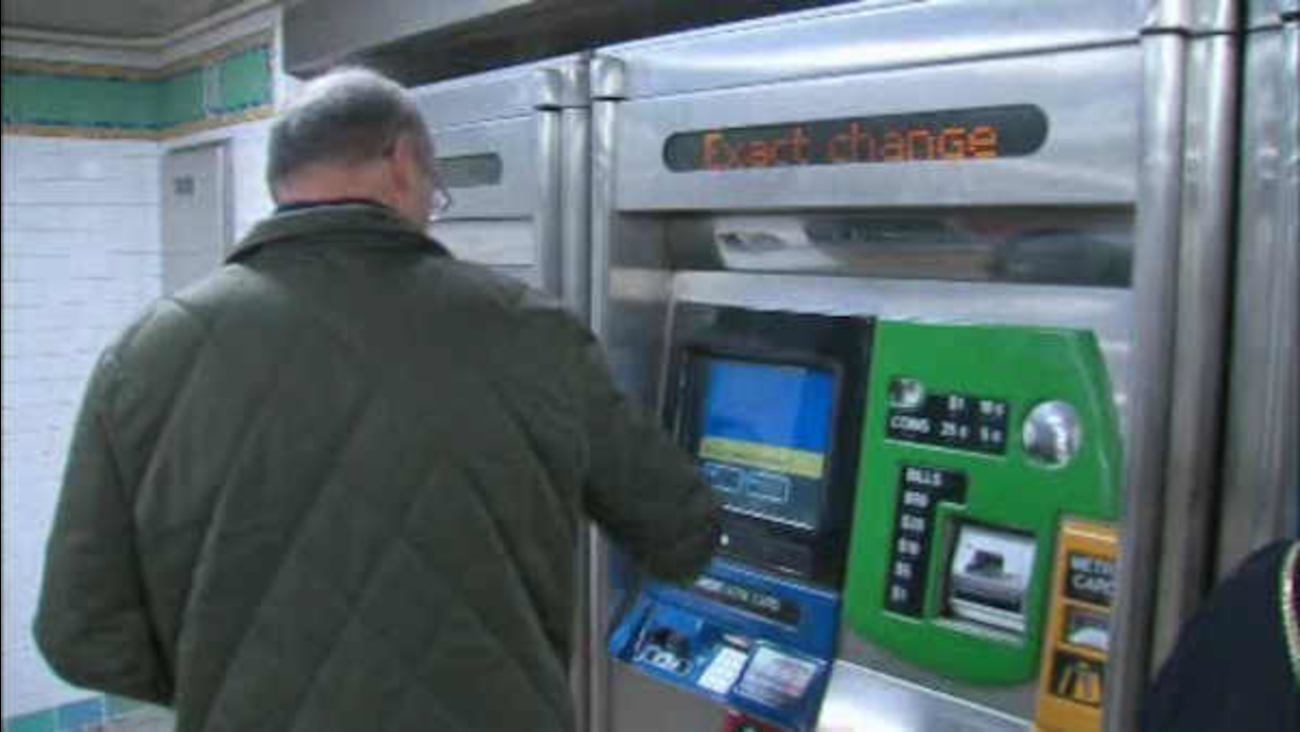 WABC
NEW YORK -- It's an ominous refrain, repeated endlessly in the same automated monotone: "Ladies and gentlemen, we are delayed because of train traffic ahead of us."

Every New Yorker who rides the subway to work each day - all 6 million of them, on the busiest days - has heard that message echoed over the loudspeakers when a train car has come to an unexpected halt. What most commuters don't realize is that those delays are tied to a contentious political fight currently playing out over the Metropolitan Transportation Authority's five-year capital budget plan, which will fund critical improvements and repairs to the city's sprawling mass transit system.

Right now, the MTA is struggling to find funding sources for about half of that $32 billion plan, a topic that likely will be addressed at its monthly board meeting on Wednesday. And if lawmakers don't figure it out soon, commuters will suffer the most. Experts say the city's aging trains and buses, which already lag far behind other global metropolises, will deteriorate considerably if the transit authority is unable to digitize a century-old subway signaling system, replace miles of subway tracks and cars and fix tunnel lighting, among many critical repairs. It also won't be able to forge ahead with major projects, such as the new subway line that will run along Second Avenue.

"We will start sliding backwards," said Richard Barone, director of transportation programs for the Regional Plan Association, an independent civic group that shapes transit policy across the tri-state area. "Stations will be looking worse. We won't have the money to maintain the track infrastructure to where it should be, and therefore it will result in greater delays. If we don't upgrade our signaling system, well, that's really bad because these are signals that are in some cases over 80 years old."

The problem is that politicians and policymakers are divided over how to come up with the remaining $15 billion needed to fund the plan. New York Gov. Andrew Cuomo, who controls the MTA, has described the capital plan as "bloated," which implies that he will expect significant cuts in order for it to pass muster in the state legislature this summer. But the general consensus among transportation experts is that the price tag actually isn't high enough to cover the massive amount of work that needs to be done.

Cuomo's office declined to comment on how the governor believes the budget ought to be funded. None of the options are politically popular: raising taxes, tolls or fares, for example. Funding also could be diverted from other state projects and funneled toward transportation.

The most fully formed alternative funding plan was announced last week by a coalition spearheaded by former transportation commissioner Sam Schwartz, known as "Gridlock Sam." The group proposed implementing tolls for all cars that cross 60th Street in Manhattan and the free bridges spanning the East River. That plan was endorsed by several local politicians and major transportation groups, but notably did not receive support from either the governor or Mayor Bill de Blasio.

The MTA has cut $1.1 billion from its annual spending, with more cuts planned every year to bring annual savings to $1.6 billion by 2018, said MTA spokesman Kevin Ortiz.

For subway riders, perhaps the most important improvement included in the capital plan is the installation of communications-based train control system on several subway lines, which will effectively digitize the trains. That means they'll be able to run much closer together and more efficiently, rather than stopping and waiting for other trains to pass ahead of them.

"I ride the R train regularly. If this capital program passes, I'm gonna get a shot at getting those countdown clocks (that offer next-train arrival times), so I don't have to sit on the platform and wonder when the train is going to come," said Gene Russianoff, staff attorney for the Straphangers Campaign, an advocacy group for subway riders. "Less crowding, more reliable service, more information - that's what's at stake."