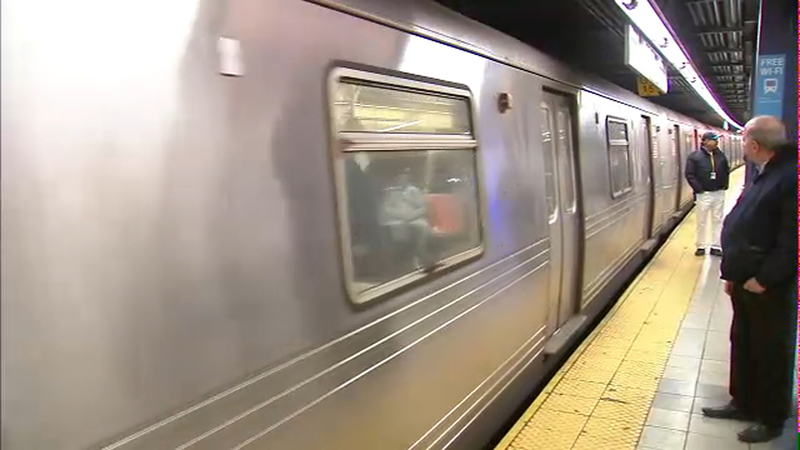 NEW YORK (WABC) -- The MTA is raising the speed limit on subway trains to try to improve on-time performance.

The agency says it has so far increased the speed limit at two dozen locations.

It has also recalibrated 59 timer signals that were found to be inaccurate.

The changes come after a team of transit employees traversed almost every mile of track last year, conducting tests to determine if trains could safely go faster than they were being permitted.

The higher speed limits are aimed at shaving minuts off of commute times for many riders.

"I have directed my team to identify and resolve every root cause of delay; in doing so, we can then implement the right fix, often for little or no cost," said NYC Transit President Andy Byford. "The SPEED Unit continues to examine hundreds of miles of track to find areas where we can safely increase speeds."

Last week, workers bolted into a place a new speed sign at the City Hall station on the R line, more than doubling the speed limit there from a system-wide low of 6 miles per hour to 15 miles per hour.