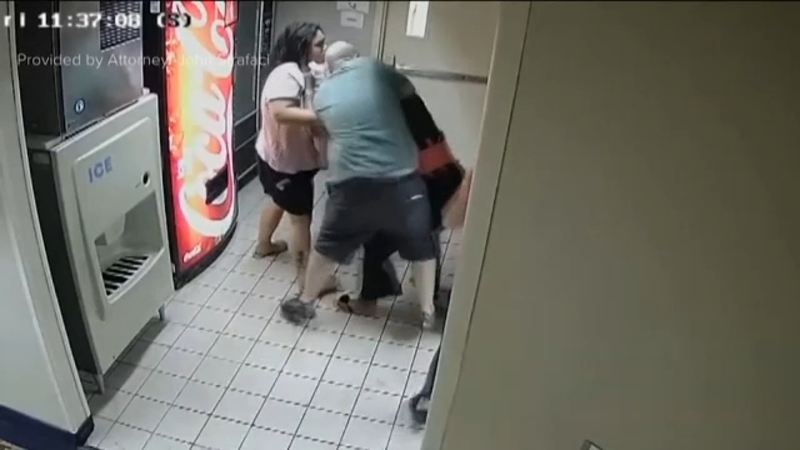 MYSTIC, Connecticut (WABC) -- A man and a woman are accused of attacking a hotel worker in Connecticut, in a brutal beating caught on camera.

It happened at the Mystic Quality Inn back in the end of June.

Police say the video shows 39-year-old Philip Sarner and 28-year-old Emily Orbay attacking the woman for a second time, as she tried to hide from them.

The clerk said the couple attacked her after a disagreement at the front desk. Sarner had reportedly complained that his hot water wasn't working. She says she offered to have someone repair it or change their room.

The clerk says Sarner was upset and called her racial insults before attacking her.

The suspects were tracked down in Brooklyn and arrested more than two weeks after the assault.