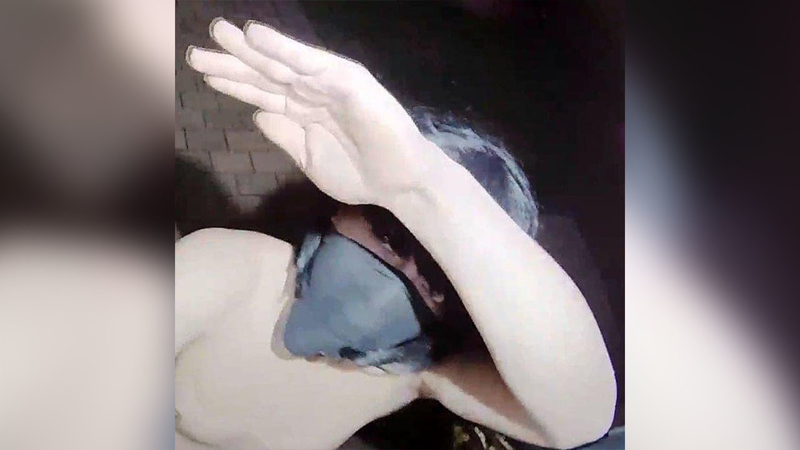 There have been at least four incidents involving a naked or partially clothed man, and now authorities are trying to identify him.

Most recently, a resident of Meadowbrook Drive saw a naked man at her back door on Nov. 1 around 7 p.m. He was captured on surveillance video peering into the house.

He was described as wearing a black wig, black shoes with white stripes and a bandanna covering his face.

Police believe the same individual was spotted on surveillance video around 10 p.m. on Sept. 14 at a home on Triangle Road. He was also wearing a black wig, black shoes and a black cloth over his face.

The suspect is believed to be anywhere from his late teens to his early twenties.

Two additional incidents were reported on July 31 and Sept. 28, but police are not yet sure if the same suspect is responsible.

In one case a naked man was spotted near a home on South Triangle Road and the other incident involved a man who exposed himself to a resident of Columbia Common.

Anyone with information is asked to contact the Hillsborough Township Police Department at (908) 369-4323, select option 3 or via the STOPit app.