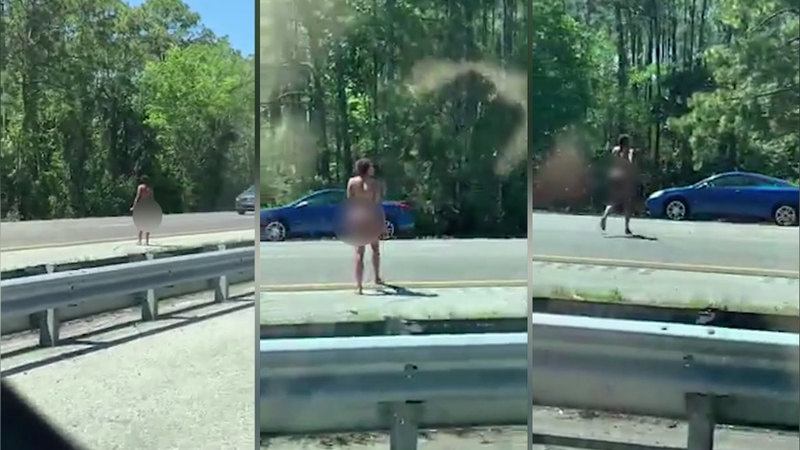 FLAGLER BEACH, Florida -- Stunned Florida drivers are still talking about a naked woman they spotted sauntering across the Interstate 95 naked on Friday near Flagler Beach.

Richard Griffin said he's sure nobody would believe him without seeing the video he shot.

"The peculiar thing was the lady was pretty calm about the whole thing when she was walking across the street, even though there were vehicles going by," Griffin said.

A man who appears to be crossing along with the woman is carrying a dog and Griffin said the two went across all six lanes of the highway to catch it. The man is clothed.

Griffin told WESH-TV he believes the dog had escaped from their car.

He said they both made it back to their car safely and drove away.