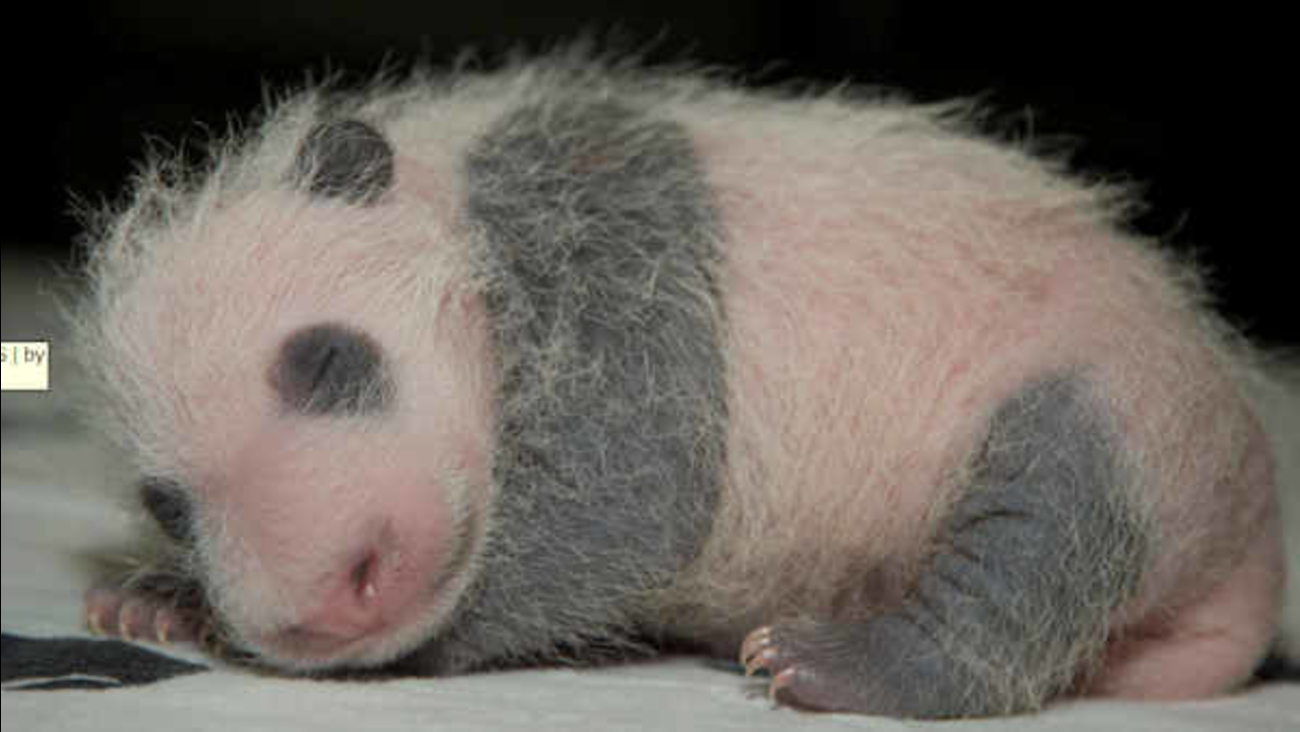 WASHINGTON -- The 4-week-old giant panda cub at the Smithsonian's National Zoo now weighs nearly 2 pounds and is starting to look like a panda - specifically, his dad.

The zoo says the cub weighed in at 1.9 pounds on Monday. That's nearly eight times what he weighed at birth on Aug. 22.

The cub also has much more distinct black-and-white markings. Zoo officials say the markings on his back closely resemble those of his father, Tian Tian.

Zoo officials say the cub is sleeping through much of the day, which his normal. His eyes will begin to open in the next few weeks.