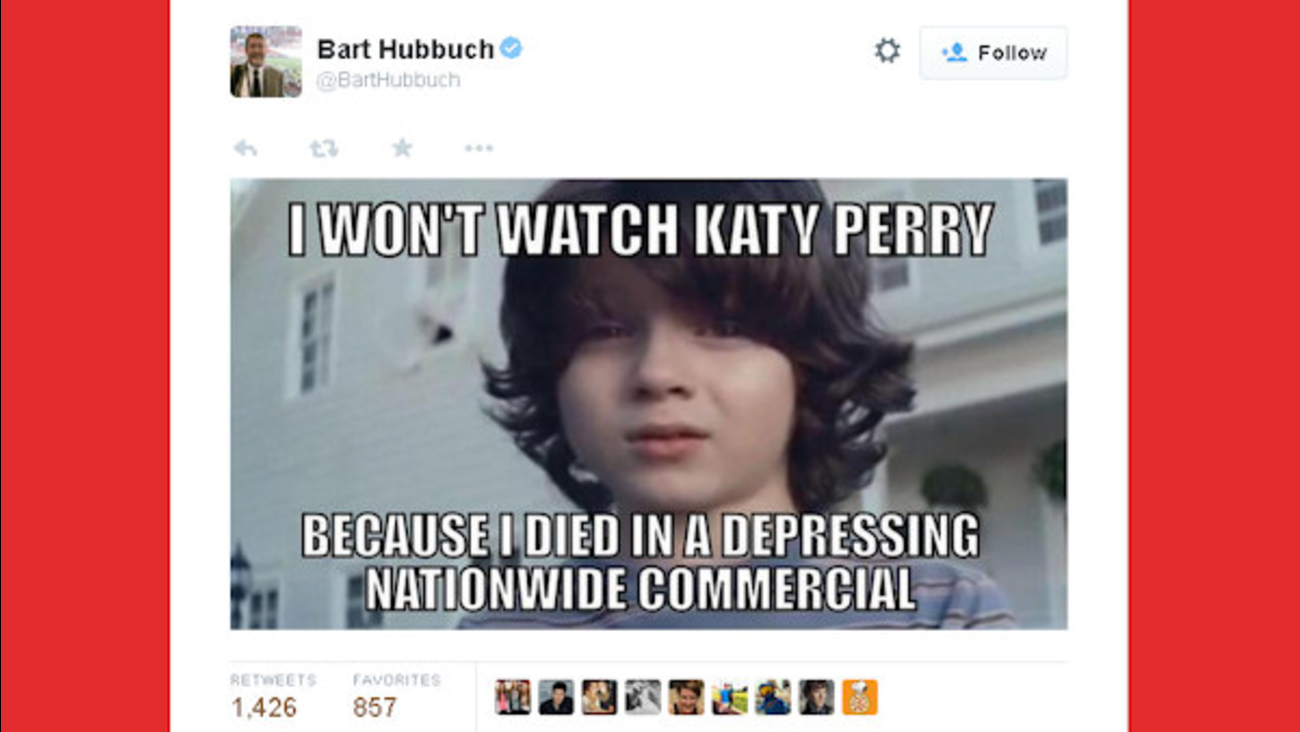 WABC
NEW YORK (WABC) -- While a few commercials had people in tears during the Super Bowl, one ad by insurer Nationwide appeared to just depress everyone.

The well-intended commercial showed a young boy riding a school bus and lamenting that he'll never learn to fly, or travel the world with his best friend, or even grow up, because he died in an accident. The ad was aimed at stopping preventable childhood accidents.

"At Nationwide, we believe in protecting what matters most, your kids. Together we can make safe happen," a voiceover said.

The reaction on social media was swift.

"These Super Bowl commercials are ruining my mood." - Debbie Downer

The Seahawks haven't completed a pass but on the plus side I haven't killed any of my kids. #Nationwide

In their next ad, Nationwide is going to shoot the Budweiser dog.

HI WE'RE NATIONWIDE BUY OUR INSURANCE OR YOUR KIDS WILL DIE