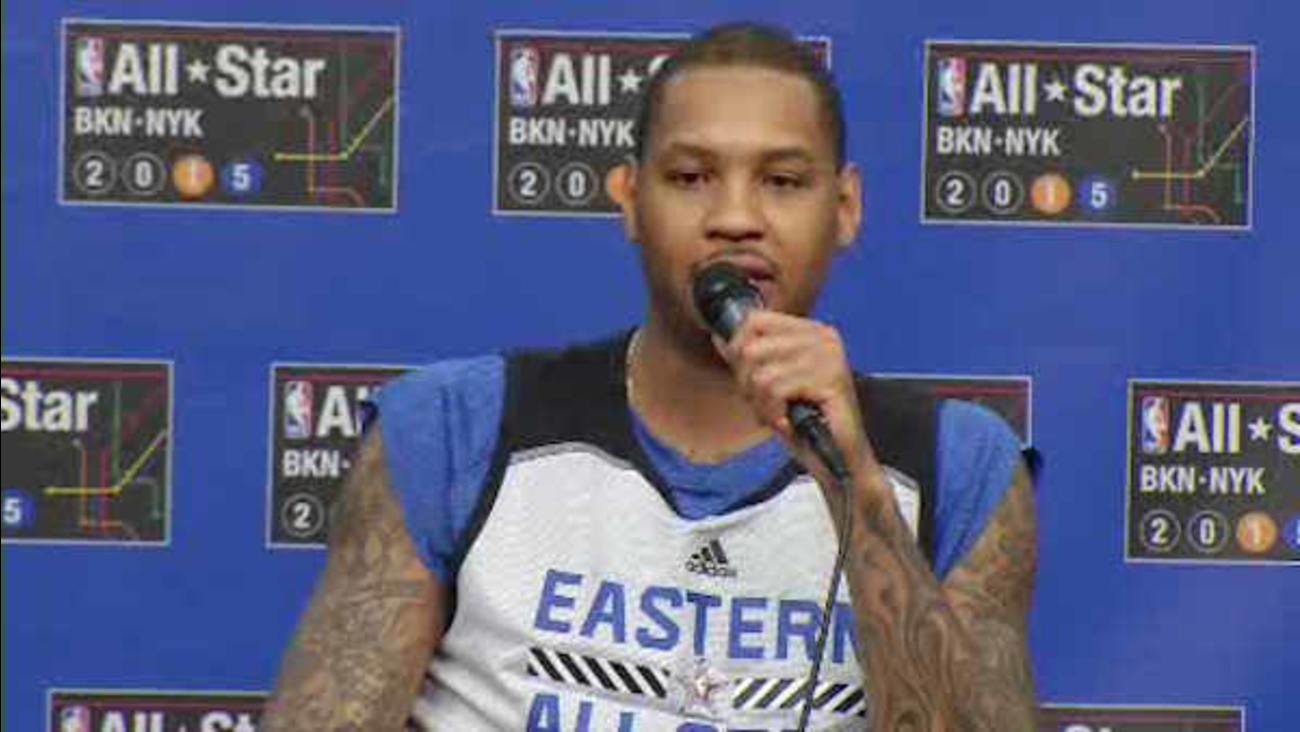 NEW YORK -- Bernard King remembers the rugged battles under the basket, trading elbows and shoves for a precious rebound.

Every possession was important because losing meant leaving the court.

King learned to play on blacktops in Brooklyn, where reputations are earned and nothing's given.

"Sometimes," the former Knicks star forward said, "playing the game on the playground was tougher than playing in the NBA. At least in the NBA you had the benefit of an official."

This weekend's All-Star celebration was not only a chance for the league to honor the game's current top players, but to pay homage to this city, where the sound of a basketball bouncing on pavement is part of the soundtrack of so many lives.

Before Sunday's main event in Madison Square Garden, the "city's game" was celebrated in all five boroughs - Brooklyn, the Bronx, Queens, Manhattan and Staten Island, as New York welcomed the hoops world onto its home court.

During the annual "Legend's Brunch" honoring some of the league's biggest stars, King and other New York hoop icons such as Julius "Dr. J" Erving, Nate "Tiny" Archibald, the only player to lead the NBA in scoring and assists in the same season, Walt "Clyde" Frazier, Chris Mullin and Kenny Smith told stories of pickup games on New York's concrete courts.

"We thought the only game was the New York game," he said.

Mullin grew up idolizing Frazier, the Knicks' flamboyant point guard known as much for his outlandish outfits as his silky smooth jumper.

"I wanted to be Clyde Frazier," Mullin said. "I wanted suede Pumas."

Mullin recalled taking the subway uptown from Brooklyn so the slow, left-handed white kid with the deft shooting touch could test his game against black players.

"They would meet me at the train and walk me to the park," said Mullin, a 16-year NBA veteran and member of the original U.S. Olympic "Dream Team."

"After the game, they would walk me back to the train. Then, when I started winning games they left me alone and I got to hang out in Harlem by myself."

Mullin attended Power Memorial High School, also the alma mater of Kareem Abdul-Jabbar, the NYC legend who went on to become the most prolific scorer in league history. Mullin said that seeing Abdul-Jabbar's retired jersey in the school gym each day inspired him to shoot for the stars and play pro ball.

LaVine, the spry 19-year-old Minnesota Timberwolves rookie, already is encouraging teammate Andrew Wiggins to compete in the 2016 dunk contest. The event will be held in Wiggins' hometown of Toronto.

"I'm going to be talking a lot of mess to him to try to get him to join it," LaVine said. "I'm looking forward to that. It gives me inspiration to make it next year. It gives me a lot of motivation."

"That's the funny thing, is I didn't do that one," LaVine said, drawing laughs. "I got some tricks in the bag still."

Curry is counting on Golden State Warriors teammate and fellow "Splash Brother" star Klay Thompson to try and dethrone him next year, too.

Thompson had an opening-round best of 24 in the 3-point contest, but scored only 14 points in the final round. Curry posted a 27, while Cleveland's Kyrie Irving finished with 17 points in the three-man final.

Thompson congratulated Curry and expects to compete against him in next year's matchup.

"He's been doing that since he was born. He's been putting on a show his entire NBA career and even back in college. I'm proud of him," Thompson said. "Hopefully, he'll let me win next year."

CELEBRITY ROW: The All-Stars brought out a President and Queen.

The network said its 3.4 national rating was up 10 percent from last year and made it the fourth-most viewed All-Star Saturday telecast. It garnered a 7.2 rating in New York.