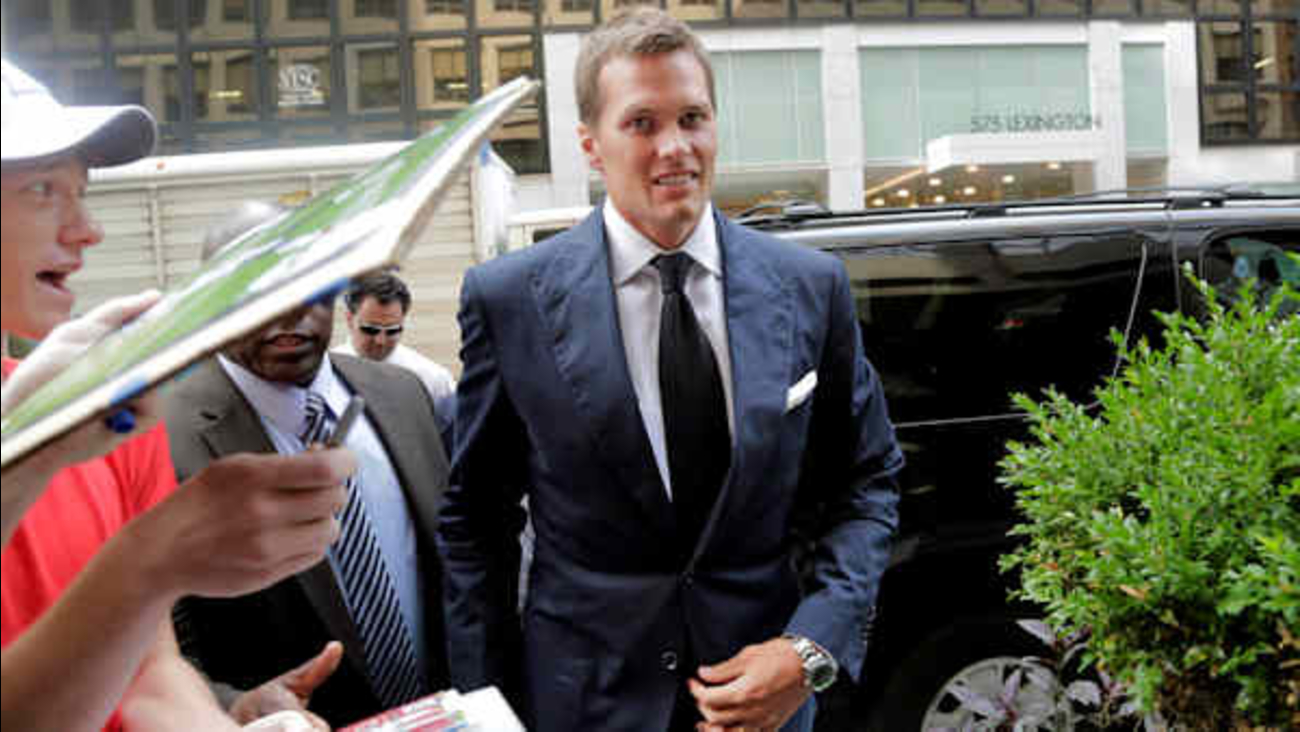 NEW YORK -- Tom Brady's four-game suspension for his role in using underinflated footballs during the AFC championship game has been upheld by NFL Commissioner Roger Goodell.

The league announced the decision Tuesday, with Goodell saying that the New England quarterback told an assistant to destroy Brady's cellphone on or just before March 6. Brady met with independent investigator Ted Wells on that day.

"He did so even though he was aware that the investigators had requested access to text messages and other electronic information that had been stored on that phone," Goodell said in his decision.

"During the four months that the cellphone was in use, Brady had exchanged nearly 10,000 text messages, none of which can now be retrieved from that device."

Brady acknowledged in his testimony he was aware of investigators' request for information from the cellphone before he had it destroyed, the appeal decision said.

After releasing the report in May, Wells said he had told Brady and Yee he did not need to see his phone and would have accepted a list of communications.

Wells' investigation had no subpoena power and Brady was under no legal obligation to cooperate.

The NFL had some messages from Brady sent to an equipment manager's phone, but investigators wanted to see if Brady's cellphone had other messages related to footballs.

The four-time Super Bowl-winning quarterback was suspended by NFL executive Troy Vincent in May following the Wells report. The Patriots were fined $1 million and docked a pair of draft picks. The team didn't appeal its penalty, but Brady appealed.

The NFL Players Association had said previously it would challenge the decision in court if Brady's suspension wasn't erased. The union said in a statement on Tuesday that it would appeal, but it wasn't immediately clear in what venue.

Moments after announcing Goodell's decision, the league filed action in U.S. District Court in New York against the union, saying the NFL commissioner has the right under the labor agreement to hand out such discipline "for conduct that he determines is detrimental to the integrity of, or public confidence in, the game of professional football."

Goodell mentioned exactly that in the conclusion of his appeal decision.

"Especially in light of the new evidence introduced at the hearing - evidence demonstrating that he arranged for the destruction of potentially relevant evidence that had been specifically requested by the investigators - my findings and conclusions have not changed in a manner that would benefit Mr. Brady," Goodell said.

But Yee argued that Brady's side was given only four hours to present a defense, and when he asked for documents from Wells, that request was rejected on the basis of privilege.

Yee adds the electronic data presented in Brady's defense was ignored during the appeal hearing.

Brady and the Patriots have denied knowingly using deflated footballs in the AFC title game win over Indianapolis. The Patriots went on to beat Seattle in the Super Bowl and Brady was the MVP.

The NFL announced in late January that Wells would head an investigation into New England's use of underinflated balls against the Colts. More than three months later, the 243-page Wells report was issued, saying it was "more probable than not" that Brady was "at least generally aware" that footballs he used were improperly deflated by team personnel.

Brady appealed and the union asked Goodell to recuse himself from hearing the appeal because he could not be impartial and might be called as a witness. But Goodell said it was his responsibility to oversee the hearing to protect the integrity of the league.

Scientific arguments were a major part of Brady's defense. Brady's lawyers tried to shoot down the findings of an independent firm hired to provide scientific analysis of the air pressure inside the footballs used by the Patriots and Colts.

Brady, who turns 38 on Aug. 3, took nearly every snap last season. But he'll miss the first four games this season unless the case goes to court. Jimmy Garoppolo, a second-round pick in 2014, would replace Brady, the two-time NFL MVP and three-time Super Bowl MVP.

New England hosts Pittsburgh on Sept. 10 to open the regular season. It then goes to Buffalo, hosts Jacksonville, has a bye, and is at Dallas in the last game of Brady's suspension. Brady would return against, yes, the Colts on Oct. 18 in Indianapolis.