Driver arrested for DUI, another driver on the run after deadly Bronx crash 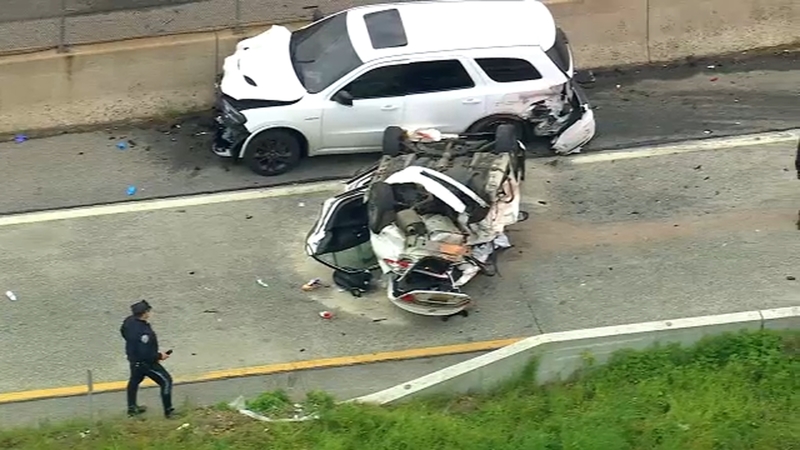 Driver arrested for DUI, another on the run after deadly Bronx crash

BRONX (WABC) -- A fiery three-car crash on the New England Thruway in the Bronx killed one person early Friday, while another driver fled and a third was arrested.

Police say a northbound BMW crashed into the center median and exploded into flames at Baychester Avenue, coming to a rest on the Exit 12 ramp around 4:05 a.m.

Two other vehicles, a Toyota Camry and Dodge Durango SUV, collided while attempting to avoid the crashed BMW.

The Camry overturned, and a 25-year-old rear passenger was pronounced dead at Jacobi Hospital.

The driver of Dodge, 27-year-old John Cetoute, was placed under arrest and charged with vehicular manslaughter, driving while intoxicated, and driving while ability impaired.

The driver of the BMW, who escaped the initial crash and fire, fled on foot. So far, that person has not been found or arrested.

The northbound lanes on the New England Thruway were closed for the investigation but slowly began to reopen later in the morning.