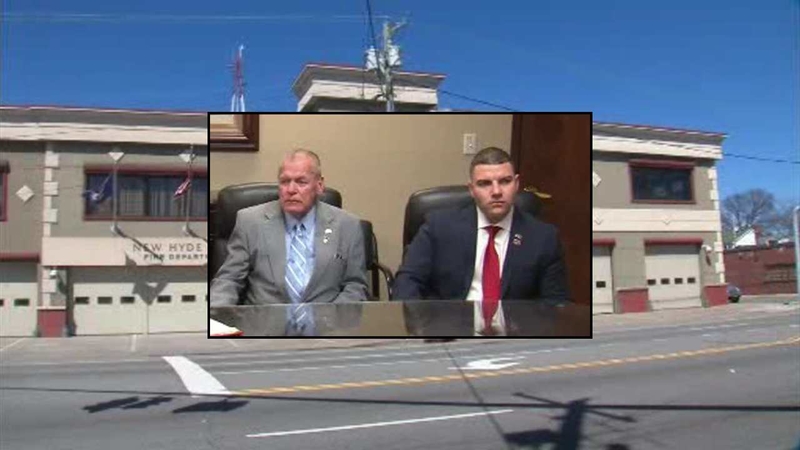 NEW HYDE PARK, Long Island (WABC) -- A father and son on Long Island won a huge victory Wednesday after they say they were wrongly accused of stealing smoke detectors.

"They knocked me down, but not out, I came back for more," said Michael Dolan, Sr., plaintiff.

But he never thought he would have to fight his own volunteer fire department.

"It's over, I'm very thankful it's over. When you have a cut you always have a scar," Dolan said.

Dolan and his son Michael Dolan Jr. were accused in 2012 of stealing 65 smoke detectors from a locked room at the New Hyde Park Fire Department.

Dolan Sr. was the one who got the detectors through a donation from the Nassau County Firefighters Museum.

"He came back and he noticed some of them were missing and they hadn't gone to senior citizens. He came back again and more were missing," said Rick Ostrove, Dolans' attorney. "He took them and he brought them back to the fire museum which donated them in the first place."

They said someone had stolen the detectors knowing full well, according to the Dolans' attorney, that the father and son were returning them to the museum.

"When the cops came to the firehouse they lied to the cops, lying about the amount of detectors that were taken, the value of the detectors, that there was a burglary a break in, they had no idea who took them," Ostrove said.

But the Dolans were spotted on surveillance video with the detectors.

"Michael Jr. had just returned from Iraq after his second tour, he was trying to start a life, he was going to college, next thing he knows he's in jail, handcuffed to a wall," Ostrove said.

The Nassau County District Attorney ended up dropping the charges against the father and son.

"That wasn't enough for the fire department, they brought departmental charges against my clients," Ostrove said.

So the Dolans counter-sued for malicious prosecution and they won.

"They thought they would beat me, they didn't, they thought I would walk away again, I didn't," Dolan said.

Eyewitness News reached out to the fire department and the attorney for the department, but no one would speak to us.