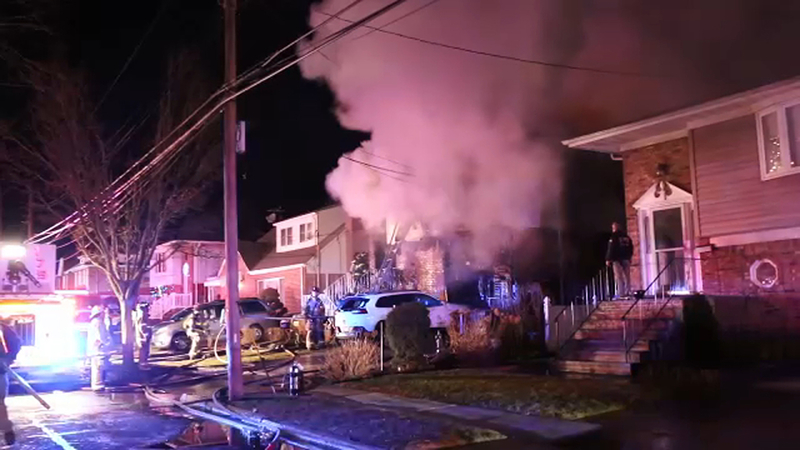 NEW HYDE PARK, Long Island (WABC) -- A grandmother and her 4-year-old granddaughter who were critically injured in a raging house fire in Nassau County on Sunday morning, have died.

The fire broke out just after 3 a.m. in a house on North 12th Street in New Hyde Park.

Another grandchild, a 10-year-old boy, escaped the fire by jumping out of a second story window and landing on top of a car.

The grandfather, who was home at the time of the fire, survived. The parents of the children were out of town.
Several neighboring fire departments were called in to help. It took about 90 minutes to get the fire under control.

The Nassau County Fire Marshal is investigating the cause of the blaze. Arson/Bomb Squad detectives said the fire does not appear to be suspicious.