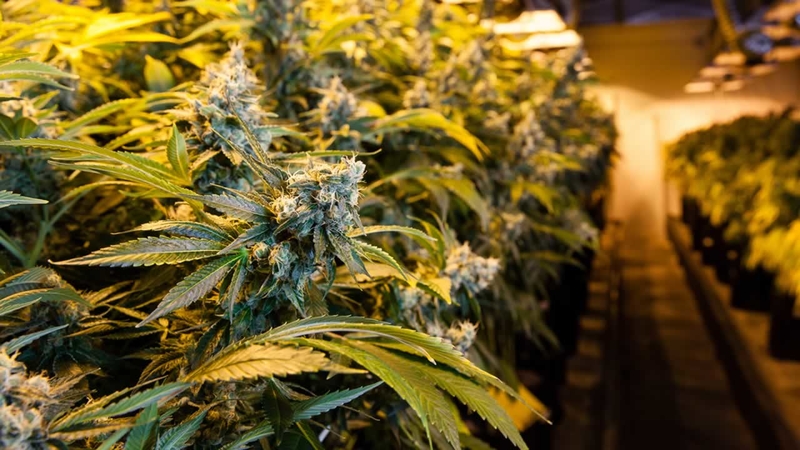 NEW JERSEY (WABC) -- New Jersey state lawmakers are expected to legalize recreational marijuana by the end of the year or early in 2019, but with legal pot comes new dangers, according to a leading national expert on fire safety.

The draft proposal calls for the permitting of 25 grow facilities to supply more than 200 marijuana dispensaries around the state. However, Glenn Corbett -- also a member of New Jersey's Fire Code Council -- tells 7 On Your Side Investigates that the state is not ready for the oversight of these facilities.

"We're going to end up with the Wild Wild West here," he said. "The doors will be open, people will be pressuring the state government to get permits to grow this material, and we won't have the regulations in place to deal with it."

The inherent dangers of growing marijuana in accelerated conditions, with chemicals, fertilizer and massive amounts of electricity, is evident in the fires and explosions at illegal grow houses in New Jersey and New York City.

"There won't be any home-grown provision in the New Jersey bill," said State Senator Nicholas Scutari, who is the prime sponsor of the pot legalization measure.

"We're talking about professional operations," he said. "It's just like manufacturing any other product. This is really a farming activity."
But Corbett, who is a professor of Fire Science at John Jay College, says it is farming but indoors -- using massive amounts of chemicals, fertilizers, butane gas, and lots of electricity.

"There are a lot of hazards here," he said. "That's the reason why we need a separate chapter in our state fire code to deal with this."

Corbett points to California and Colorado as examples for New Jersey to follow when it comes to regulating the grow facilities. Both those states have written separate fire code requirements for pot manufacturing.