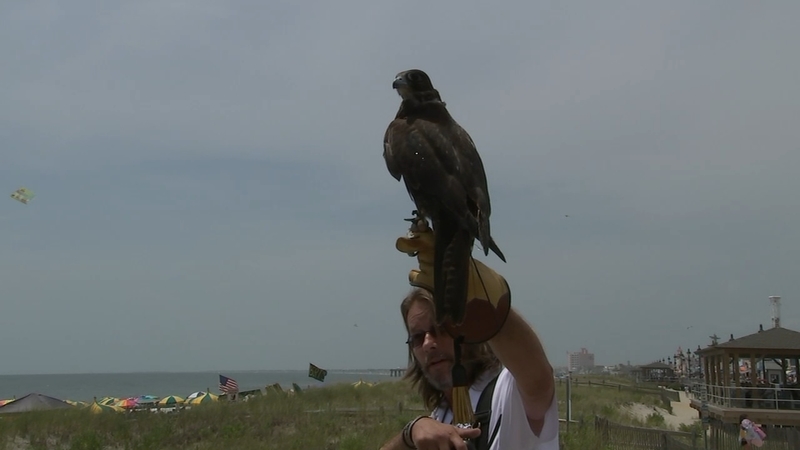 OCEAN CITY, N.J. -- On Monday, folks in Ocean City gathered on the boardwalk to meet the newest defense against the increasingly aggressive gulls: raptors, or birds of prey.

The city has hired East Coast Falcons to release hawks, falcons, and owls near the boardwalk every day.

The goal is to scare the seagulls away from the boardwalk and beaches, making them less dependent on human food.

Many people have stories like Pep Bassett of Ocean City, NJ: "One swooped right down, slapped me on the side of my head with his wing and took my doughnut."

"Hopefully over time, every gull will run into one of these guys. And if they do, they'll be very scared," said Erik Swanson, owner of East Coast Falcons.

The raptors are tracked by GPS, and when their shift is over, they'll be called back using a lure and a whistle.

The program is approved by the Humane Society of Ocean City. Handlers say the hawks and falcons will be well-fed before they start their shift so they're not likely to harm the seagulls.

The program will continue through the end of the month and if it's effective, city officials say you might see the raptors back next summer.