Emotional prayer service held in New Jersey for Cuba, in support of reform 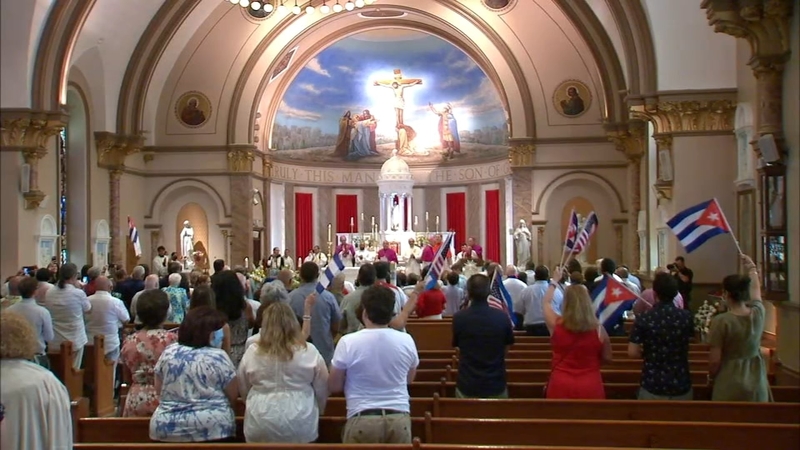 
Cruz was born in Cuba and led the emotional bilingual service with some of the leaders of the Archdiocese at St. Joseph of the Palisades.

Together they prayed for the same things those taking to the streets have been demanding - an end to imprisonment and violent oppression of those protesting the Cuban government's handling of shortages of basics like food, medicine, and COVID vaccines, and its handling of pandemic and resulting economic crisis.

"It's not only an unjust system, but it's a boycott of six decades that is felt most keenly by the poorest of the poor," said Cardinal Joseph Tobin.

"It breaks our hearts. There's an unspeakable pain that is in the heart of everyone Cuban," Cruz added.

Many of those praying brought their Cuban flags.

"It's time for enough of talk, for this government to do something about it," said parishioner Gerardo Difiore.
In Washington D.C. this weekend, protests were not just in solidarity and reform in Cuba, but also for the U.S. government to help - starting with helping get internet back to those in Cuba who have had it taken away.

On Friday, White House Press Secretary Jen Psaki said restoring internet access in Cuba is something the Biden administration would like to be a part of, via the state department. It is something that could at least help bring relief to Cuban Americans worried about the safety of their loved ones.