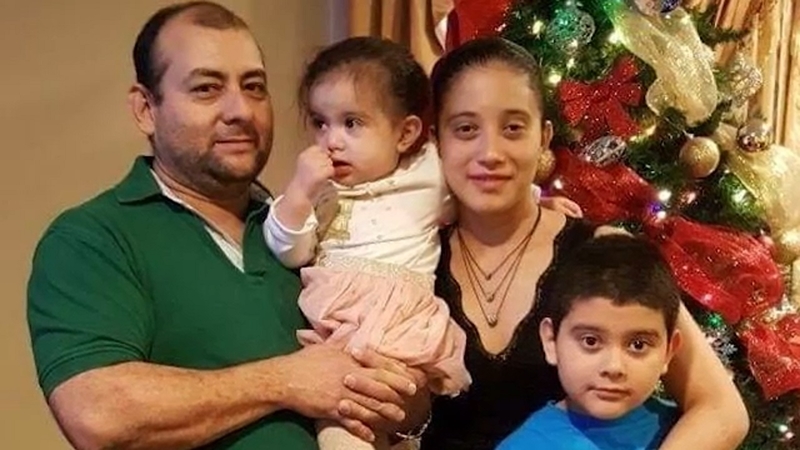 ELIZABETH, New Jersey (WABC) -- A deportation nightmare came true Wednesday morning for the family of Melvin Herrera. A husband and father of two young children with autism. Herrera was sent back to Honduras.

Herrera was detained in November by ICE after being arrested for a minor traffic violation in Plainfield. He was housed at the Elizabeth Detention Center just months after being reunited with his older daughter, who was being raised in Central America.

Herrera's youngest kids, William and Valerie were born in the United States. Now, they face an uncertain future.

According to Ice, Herrera failed to follow a court order, saying,

"He entered the U.S. illegally at an unknown date and location and was later encountered and arrested by Border Patrol May 29, 2005. He was issued a notice to appear in immigration court and failed to do so. He was ordered removed in absentia by an immigration judge Oct. 3, 2005."

Herrera's wife, Geyde has a green card, but her husband, who worked in construction was the breadwinner, while she took care of their kids with special needs.