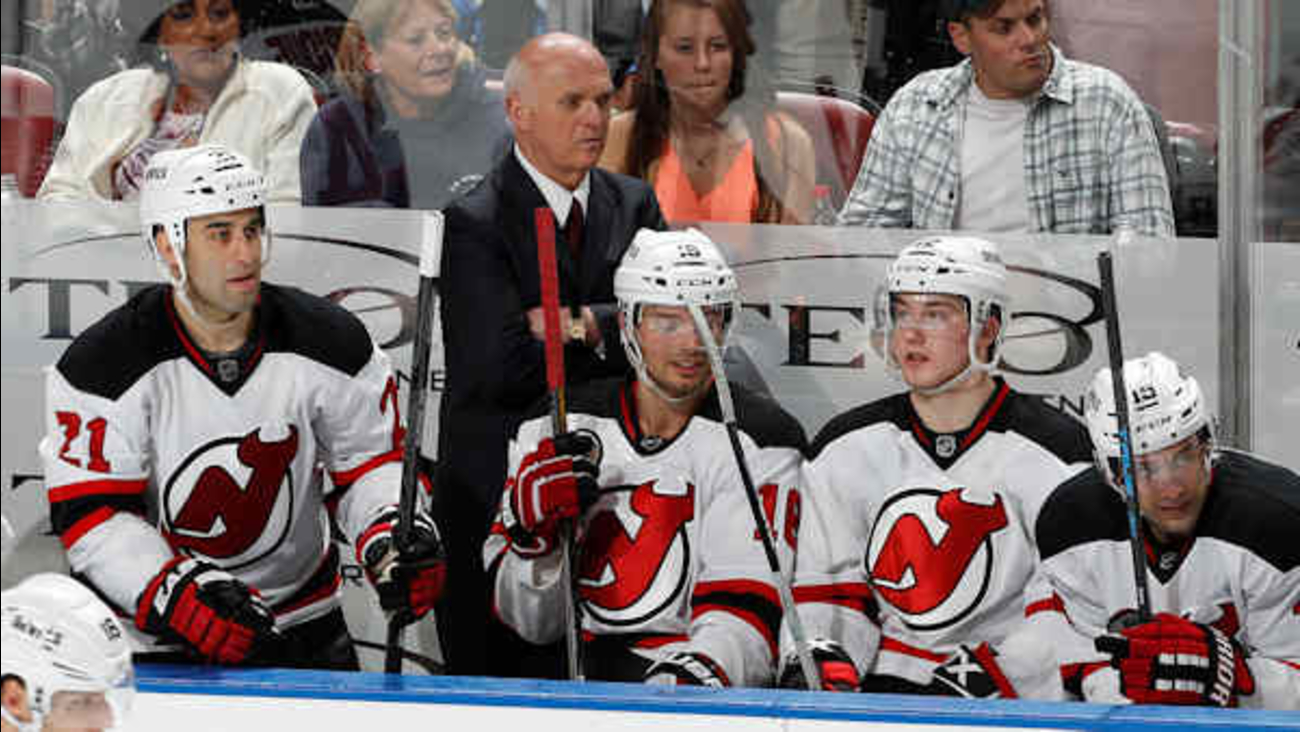 NEWARK (WABC) -- The Toronto Maple Leafs hired longtime NHL executive Lou Lamoriello as general manager on Thursday, bringing in an experienced executive to try to turn around the franchise.

Maple Leafs President Brendan Shanahan said he wanted NHL experience. He got almost three decades of it in Lamoriello, who resigned as New Jersey Devils president to take the job with a team that is undergoing an overhaul after missing the playoffs for the second straight season. Toronto also has a new coach in Mike Babcock and the team just dealt star winger Phil Kessel to Pittsburgh.

New Jersey won three Stanley Cups during Lamoriello's stay and reached the final in 2012. But they have missed the playoffs the last three seasons and the 72-year-old Lamoriello stepped down as general manager this summer after 27 seasons when the team hired Ray Shero.

The Maple Leafs fired general manager Dave Nonis after missing the playoffs again. Shanahan left open the possibility of GM by committee with himself, Kyle Dubas, Mark Hunter and Brandon Pridham all having a say. But in Lamoriello, the Leafs have someone with relationships around the league that could benefit the team in trade talks.

New Jersey made the playoffs 21 times under Lamoriello.

"I have worked with Hall-of-Fame coaches, and players and a great staff, all of whom contributed to our success," Lamoriello said in a statement released by the Devils. "In the end, it's about the people which makes this decision so difficult."

Lamoriello is now working for Shanahan, whom he drafted in 1987, his first year with New Jersey.