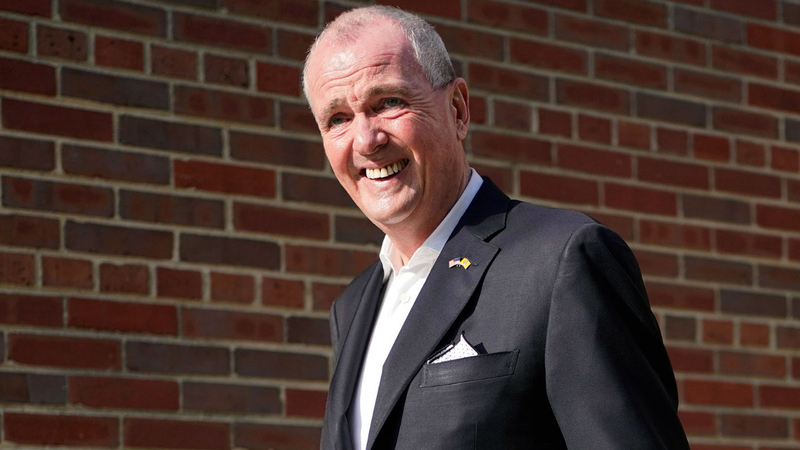 NJ Gov. Murphy to visit DC to talk to BIden about infrastructure

Governor Murphy will be participating in a discussion on infrastructure legislation with the president and several other bipartisan governors and mayors.

President Biden and a bipartisan group of senators have agreed to spend $579 billion on roads, bridges, and other physical infrastructure.

Murphy has previously called it, "a huge game changer" for New Jersey.

A draft budget resolution, the first step toward allowing Democrats to pass that larger spending bill by majority vote and not worry about a Senate Republican filibuster, also would include $120 billion to help restore the federal deduction for state and local taxes, which Republicans capped at $10,000 in their 2017 tax law.

"From major investments in rail, roads, bridges, tunnels, clean energy, and high-speed broadband to generational investments in human infrastructure like child care and education, the president's plans will bolster our economic competitiveness and deliver for working families across our nation," Murphy said in advance of his trip.

The governor will attend a dinner on Thursday with President Biden, a fellow Democrat, and German Chancellor Angela Merkel, who will be in town for talks at the White House.

The governor served as U.S. ambassador to Germany when Biden was vice president under then-President Barack Obama.

Biden, who visited New Jersey twice in 2017 to help Murphy win his first term as governor, endorsed him for re-election last month.

New Jersey and Virginia are the only two states with gubernatorial contests this year, and the results sometimes serve as a bellwether for the 2022 midterm elections.

Lt. Gov. Sheila Oliver will serve as acting governor while Murphy is out of state.