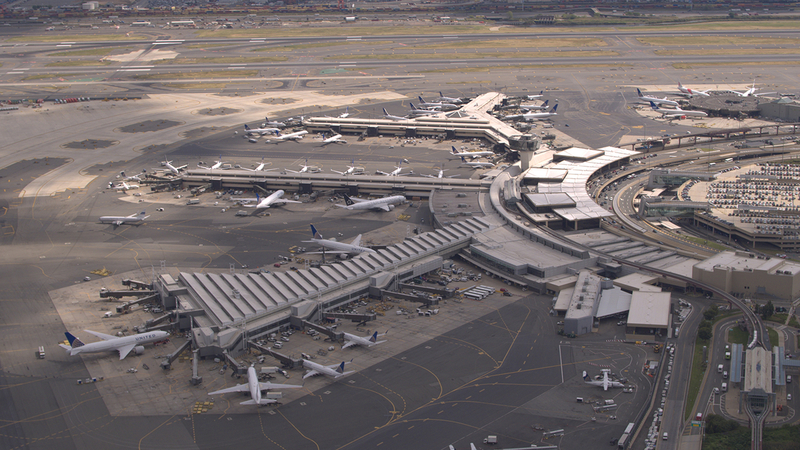 NEWARK, New Jersey (WABC) -- A Muslim woman claims she is the victim of discrimination after Port Authority Police took her off a plane in handcuffs at Newark Airport.

The woman is a self-described activist named Amani Al-Khatahtbeh.

In a video taken by another passenger, you can hear Al-Khatahtbeh arguing with police about staying on the plane. It was an American Airlines jet, preparing to take off for Charlotte.

Al-Khatahtbeh says a first-class passenger falsely claimed to be threatened by her because they got into a dispute on the security line.

The airline says she confronted the man in his seat.