New Jersey boy goes Above and Beyond, sending baseballs to troops 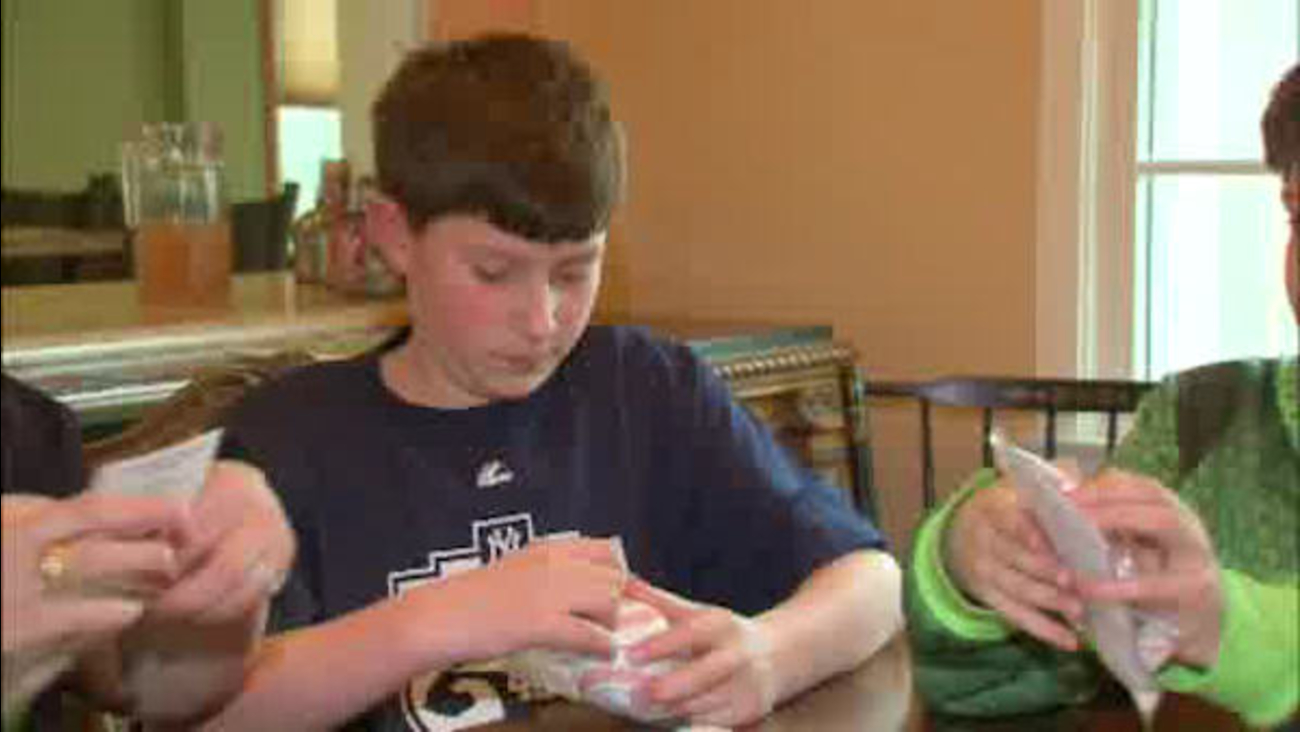 WASHINGTON TOWNSHIP, N.J. (WABC) -- It started as a service project that has snowballed into a drive to help. A young man who wants to make sure service members overseas know someone is thinking about them here at home.

As a devoted Yankees fan who loves baseball, Billy Cook thought it would be a good idea to collect plain baseballs and send them to our troops serving overseas, signed with notes of support by friends and neighbors.

"This is, you're risking your life to have us have our freedom and it means a lot to me and a lot of people," Billy said.

We were there as Billy, his mom Phylisse and dad Steve and brother Andy packaged more baseballs.

"I have met so many people who were complete strangers to me and have become my friends because of this project, and they just tell me how great my son is," Phylisse Cook said.

It was done as Billy's required public service project, in advance of the 12-year old's upcoming Bar Mitzvah.

"I just wanted them to know, like, thank you for what you're doing," Billy said.

In less than five months, 1500 of his baseballs have found their way into the hands of grateful recipients in the U.S. Armed Forces. And once the project got started, it took on a life of its own.

"This is a huge thing that he's doing, and it's letting the troops know that people back home care about them," said Castronova.

There is a photo of Jewish members of a unit in Afghanistan, displaying their 'Billy Baseballs' on the first day of Chanukkah last year.

Billy read for us one of his favorite letters of thanks from another soldier.

"Your baseball is by far the most unique and coolest thank you gift that I have ever received," he said.

And the idea has earned Billy an Above and Beyond award from us, at WABC-TV. His uncle Jack Reich submitted the nomination.

"I watch Channel 7 News, I watch Good Morning America and it was on your website, so I thought it was perfect when they said they were opening it up for the children," said Reich.

Billy and his family vow to continue sending 'Billy's Baseballs'.