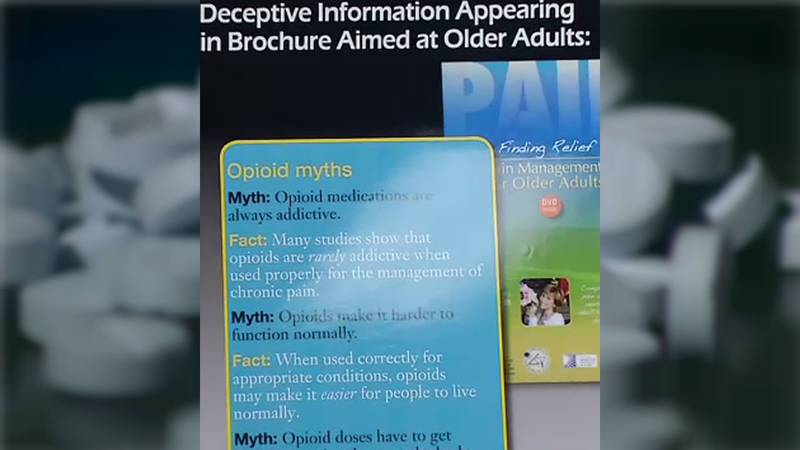 TRENTON, New Jersey (WABC) -- The State of New Jersey is taking on the opioid crisis by suing a pharmaceutical company.

The State Attorney General says Janssen Pharmaceuticals didn't disclose how addictive some of their drugs could be.

The New Jersey-based company is facing a host of civil penalties for allegedly using deceptive practices to push drugs that are as dangerous as OxyContin and Fentanyl.

The five-count lawsuit accuses the company of deceiving customers, especially seniors, about two of its opioid products that can be highly addictive.

Nucynta and Nucynta ER were promoted as being safer and less addictive than other opioid-based relief medications. State officials say that is inaccurate and the medications have a high potential for abuse.

The state filed a 97-page complaint in superior court claiming in part that Janssen should repay the state for money low and moderate income residents used through Medicaid programs to buy the drugs.

The AG says the actions by the drug company helped to fuel the opioid crisis in the state which has claimed more than 3,000 lives this year.

The company denies the allegations and released the following statement:

Our actions in the marketing and promotion of these medicines were appropriate and responsible. The labels for our prescription opioid pain medicines provide information about their risks and benefits, and the allegations made against our company are baseless and unsubstantiated. In fact, our medications have some of the lowest rates of abuse among this class of medications.

Opioid abuse and addiction are serious public health issues. We are committed to being part of the ongoing dialogue and to doing our part to find ways to address this crisis.