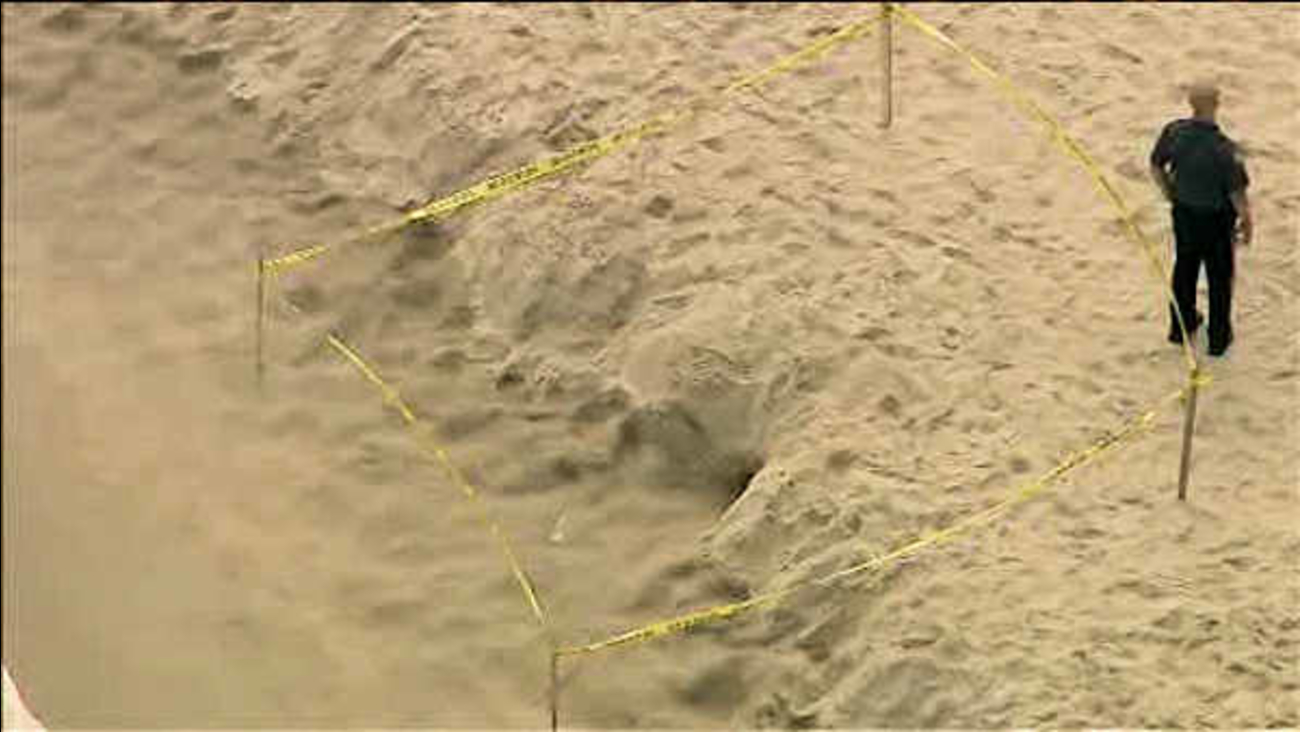 SURF CITY (WABC) -- A 12-year-old boy is in stable condition after a sand cave collapsed on top of him at a New Jersey beach Monday.