3 dead in crash on New Jersey Turnpike in Cherry Hill 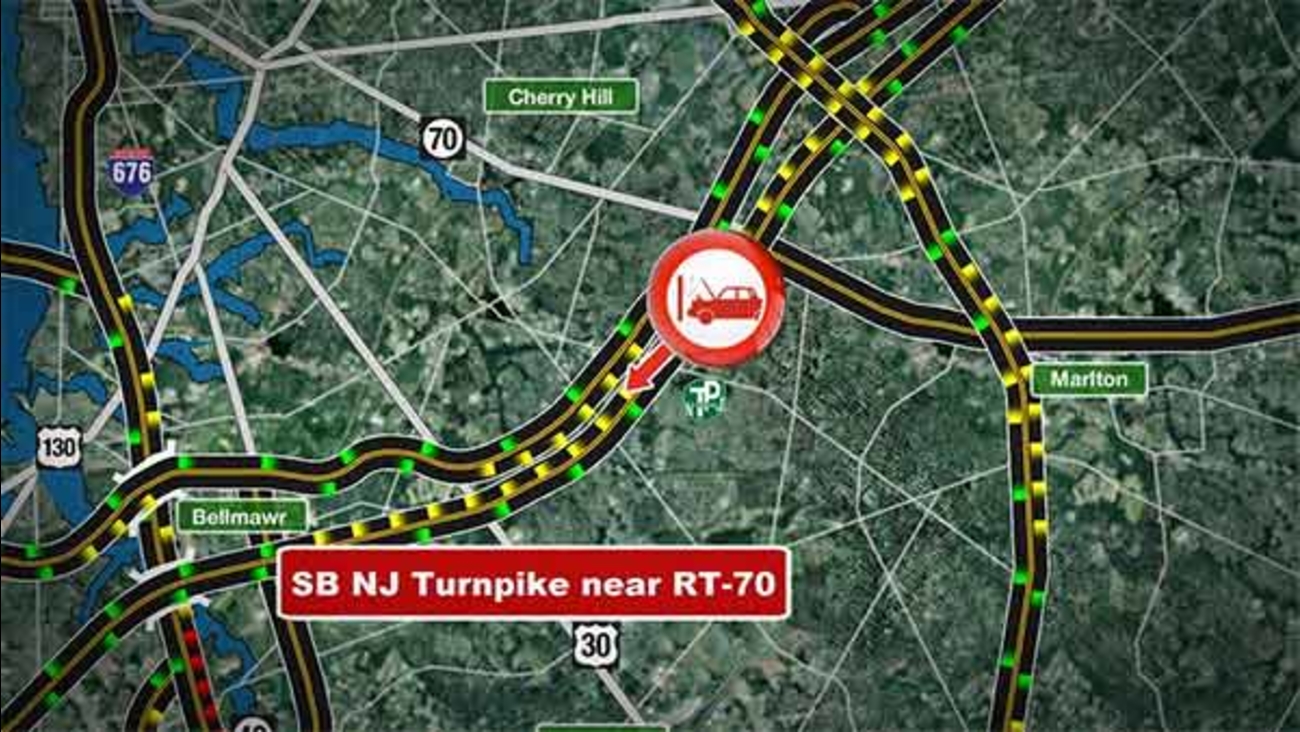 CHERRY HILL, N.J. -- Three people were killed in a crash on Thursday morning on the New Jersey Turnpike in Cherry Hill.

The crash happened around 7:30 a.m. in the southbound lanes, just south of Route 70.

The scene is also near the Walt Whitman Service Plaza.

State police say the driver of a Jeep Grand Cherokee lost control, went off the roadway and down an embankment before crashing into a tree.

Rescuers say the occupants of the car were pinned in the wreckage.

The Jeep was the only vehicle involved in the crash.

The three male occupants were pronounced deceased at the scene at 7:54 a.m.

At this time, the victims have not been positively identified, and the cause and circumstances of the accident are pending further investigation.

The names of the victims will be released upon positive identification.