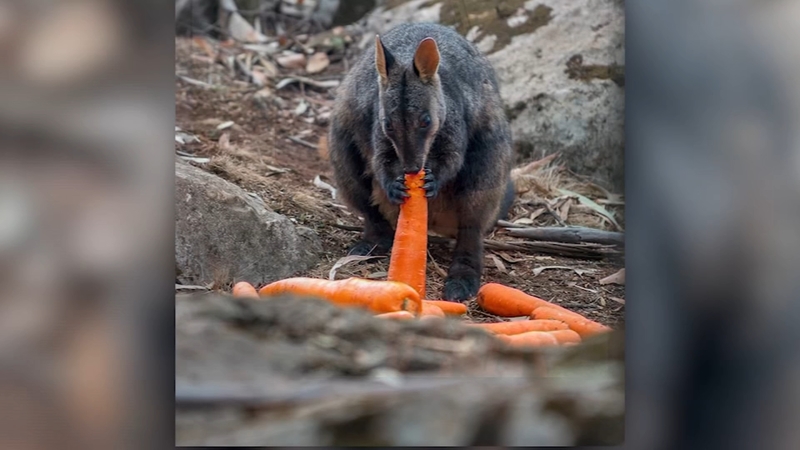 According to The Daily Mail, the government dropped more than 2,200 kilograms of carrots and sweet potatoes to feed colonies of brush-tailed rock wallabies that have been stranded by the fires.

As part of Operation Rock Wallaby, parks service employees dropped food in several national parks. New South Wales Environment Minister Matt Kean told The Daily Mail that the wallabies tend to survive the fire, but then are left stranded once the fire destroys natural vegetation in their habitat.

New South Wales Minister for Energy and the Environment Matt Kean posted several photos of the wallabies to Facebook.

According to 9News, the government also plans to control the predator population in the area as well until the wallabies' habit regenerates.

At least 27 people have died in the crisis that has scorched more than 8.4 million hectacres, about the size of the state of Indiana. As of January 7, the World Wildlife Foundation estimated approximately 1.25 billion animals were killed directly or indirectly by the fires.