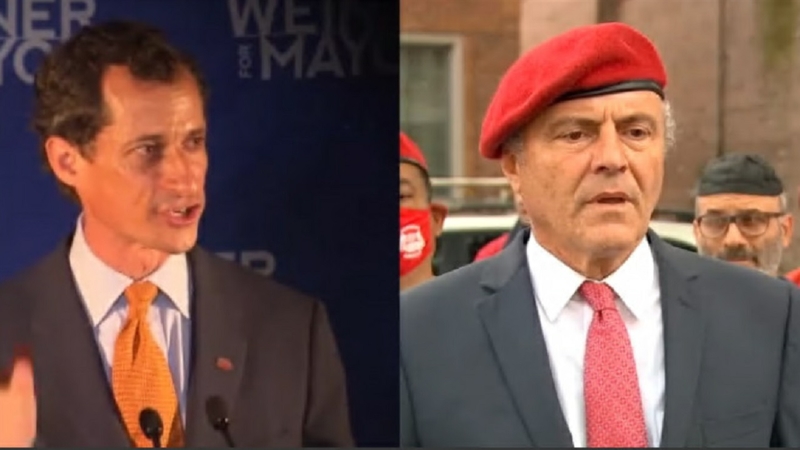 He co-hosted the first episode of his weekly radio show alongside Guardian Angels founder, Curtis Sliwa.

The show is called 'The Left Versus the Right' and airs on WABC AM Radio. It is not affiliated with WABC-TV.

Before Saturday's show, Weiner addressed what he called the 'elephant in the room.'

Weiner resigned from Congress in 2011, and Sliwa lost a bid for Mayor of New York in November.