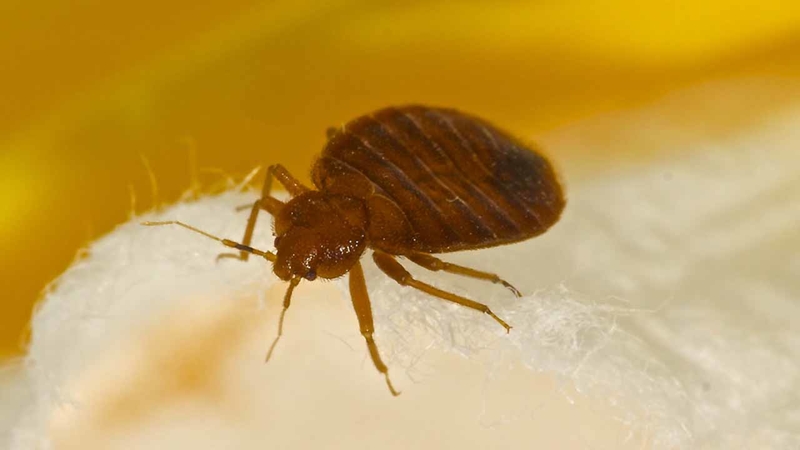 BUSHWICK, Brooklyn (WABC) -- A new measure is being considered by the New York City Council to combat the bedbugs problem that some say permeates neighborhoods, particularly those made up of mostly one- and two-family row homes.

On any given street, in any given building, there could be menacing bedbugs. And nearby homeowners or tenants would never know it.

"They are pretty hard to get rid of," area resident Sara Rivera said. "So if they can get rid of them faster whenever they find out they have them, that would be really great."

"Bedbugs are able to travel through the walls from one homeowner's home to the other," City Councilman Rafael Espinal said. "And homeowners don't know their neighbors have a problem."

Espinal -- whose district includes East New York, Bushwick and Brownsville -- is main sponsor of a bill that proposes the city's Housing Preservation and Development would have to annually report on bedbug-related complaints it receives.

"We have to arm the city, and all New Yorkers, with this information so they can take it upon themselves in order to figure out a way to to eradicate this problem," Espinal said.

Espinal also wants the agency to use an online map of all bedbug-related complaints, updated quarterly, so residents can spot a bedbug threat.

"That information would allow a lot of people to sleep a lot easier," he said. "And also inform them so that they could take proactive measures they need to take to protect their homes."

Housing Preservation and Development officials said during a committee hearing that complaints and violations are available online, but they are concerned an online map might unintentionally stigmatize buildings and communities.

"For everyone who has bedbugs, the stigma that might be associated to them of being identified in a building that has bed bugs," HPD assistant deputy commissioner Ann Marie Santiago said.

Still, some think it would be most helpful.

Homeowner Norman Clarke knows it would be beneficial to him.

"It would be a help to me because I am a homeowner, and I have tenants," he said. "And it would nice to know if somebody in your vicinity and has bedbugs, and you can take the appropriate measures."

Last week, the City Council overwhelmingly passed another bill requiring landlords to disclose bedbug infestations in their buildings and to report the discovery to HPD, which will also post that information on its website.