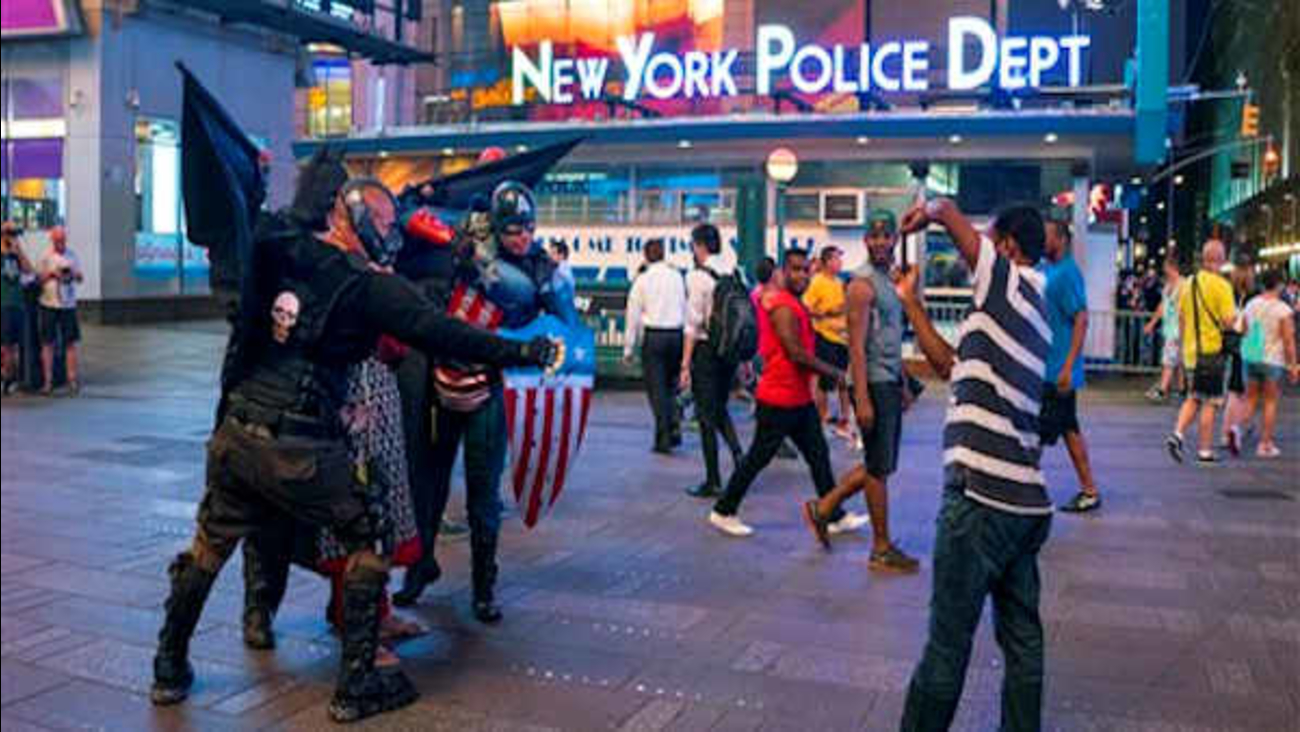 TIMES SQUARE, Manhattan (WABC) -- New York City Mayor Bill de Blasio on Thursday signed a bill that will regulate where and how costumed characters like Spider-Man and Elmo operate in Times Square.

The City Hall ceremony capped a City Council effort to rein in aggressive panhandlers who have flooded the square, some harassing pedestrians for money. They included topless, body-painted women who caused a furor last summer.

The new law allows city officials to restrict the characters' movements to keep them from blocking pedestrians in the traffic-free parts of the square.

The council approved the legislation this month.

Manhattan Borough President Gale Brewer says the atmosphere in Times Square ranges "between fun and frightening," depending on the various characters' behavior.