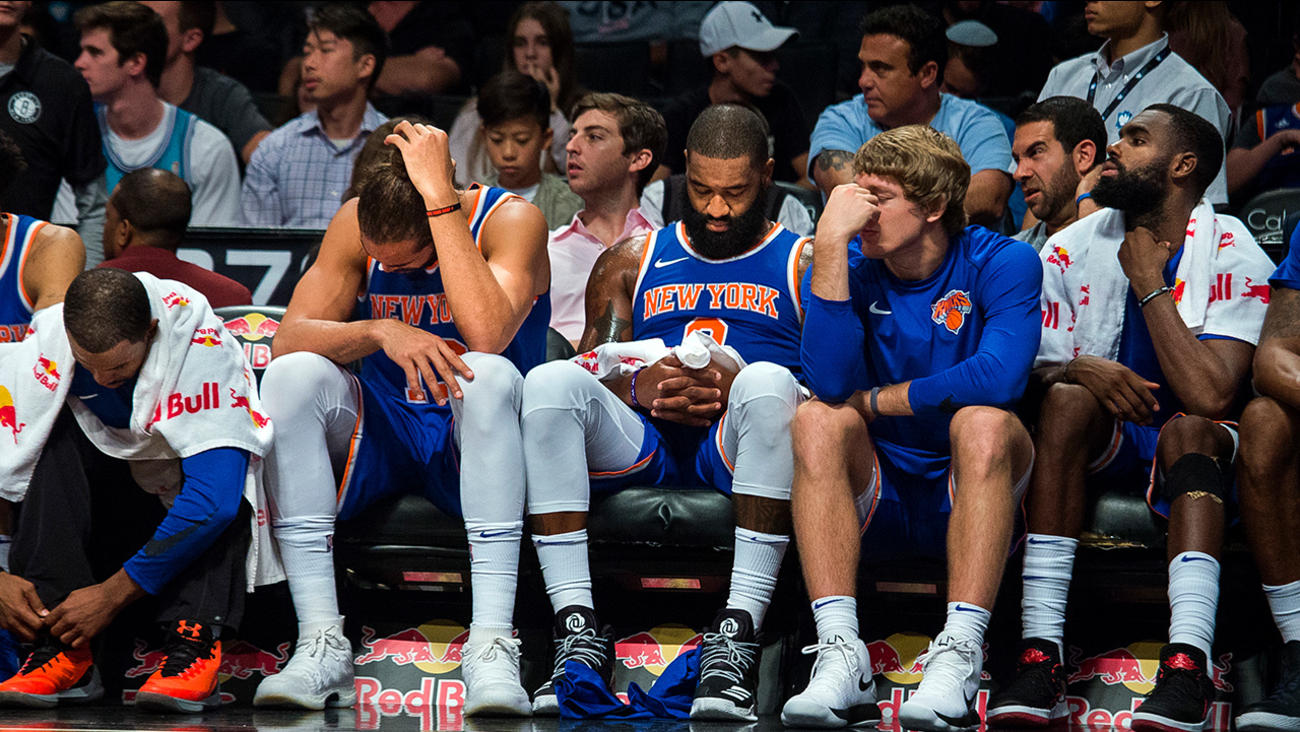 NEW YORK CITY (WABC) -- We are just three games into the NBA season and the grumblings are already started concerning the Knicks. But who are these Knicks? Trying to answer that question is where the problem really begins.