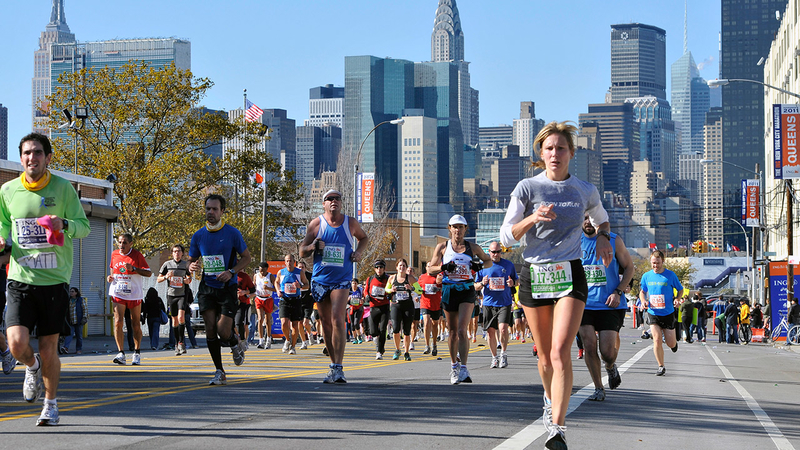 The world's largest marathon, set for Sunday, November 6, is one of the city's most anticipated and iconic annual sporting events, attracting the sport's top professional athletes and runners of all ages and abilities from around the world.

It will return at full capacity with 50,000 runners this year for the first time since 2019.

"We are thrilled and honored to see the tremendous interest to participate in this year's TCS New York City Marathon, which will be back at full scale for the first time in three years," NYRR CEO Kerin Hempel said. "We can't wait to welcome runners of all ages and abilities from all around the world, many of whom will be running for charitable causes near and dear to them. The streets of NYC will come alive to cheer them on and make their marathon experience truly unforgettable."

The TCS New York City Marathon will return at full capacity in 2022 for the first time since the COVID-19 outbreak, New York Road Runners announced.

More than 84,000 applications were received for the non-guaranteed entry drawing, and an estimated 12% of them will be accepted.

Drawing applications were received during a two-week registration period from March 9 to March 23, during which thousands of runners were also able to claim their guaranteed entries for the race through a range of entry methods, including resolution runners from the cancelled 2020 race, NYRR Virtual Racing, NYRR's 9+1 program, Time Qualifiers, and runners who have completed 15 or more New York City Marathons.

The highest number of guaranteed entry claims were from the more than 12,000 runners who chose the 2022 race as their resolution option following the cancellation of the event in 2020.

Runners who do not receive an entry through the drawing or claim a guaranteed entry can still participate in the event through the 2022 TCS New York City Marathon Official Charity Partner Program, which launches Wednesday.

More than 9,000 charity runners representing over 500 causes are expected to participate, the most charity partners in the history of the race.

Prior to the start of the official program, the New York City Marathon had served as an outlet for individual philanthropic runners since the 1980s.

As part of NYRR's commitment to health and safety, last year's marathon had a modified field size of 25,010 finishers.

This year's marathon will require all runners participating to be fully vaccinated. Many event elements will be restored, including bringing back on-course entertainment and activations.