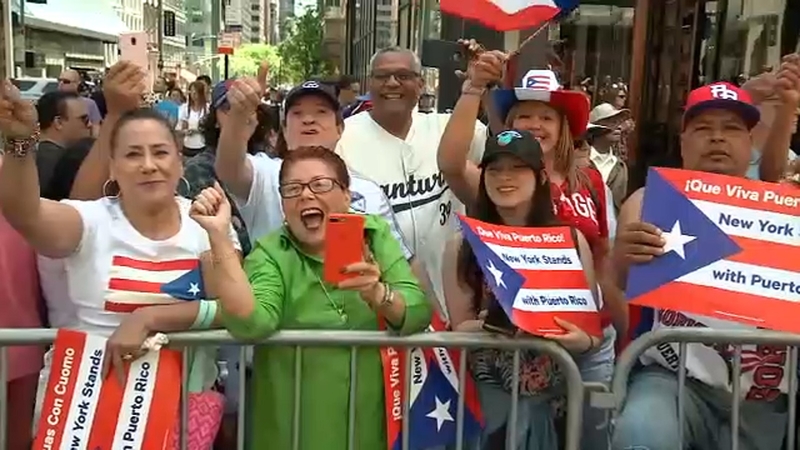 Millions of spectators lined the streets with full Puerto Rican pride to celebrate the culture and its contributions.

The event has grown to become the largest demonstration of ethnic and cultural pride in New York City. It is one of the largest parades in the country.

This year's grand marshal, singer Ricky Martin, was celebrated alongside his foundation, which fights human trafficking.

As New York City marks Pride Month, the parade is paying posthumous tribute to Sylvia Rivera, an LGBTQ rights activist who took part in the Stonewall rebellion 50 years ago this month.

The parade also those who have been involved in rebuilding the island after Hurricane Maria.